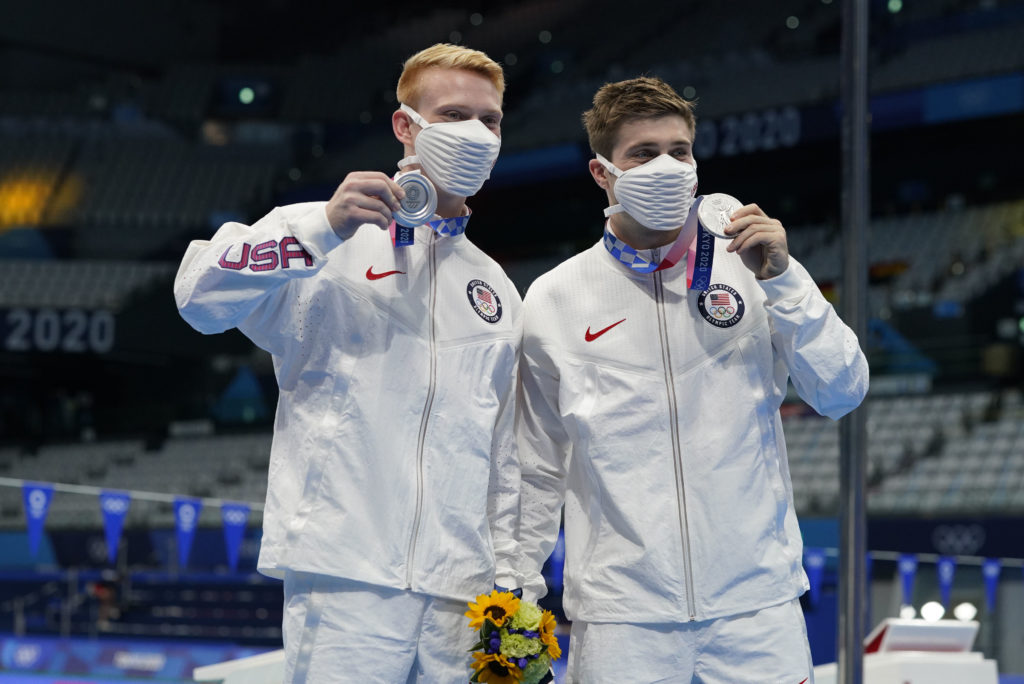 A diver from Wantagh earned a silver medal in the Tokyo 2020 Olympics’ men’s 3-meter synchronized springboard event on Wednesday.

Andrew Capobianco, 21, and his diving partner Michael Hixon, 27, placed second for Team USA behind China’s gold medalists Wang Zongyuan and Xie Siyi. This was Capobianco’s Olympic debut and first Olympic medal. He said cheers from his teammates and coaches got him pumped up throughout the competition.

“When we were walking out for the walk-out, I heard them in the stands,” the Long Island Olympian said in an interview. “They did a quick ‘USA’ cheer and that kind of got me going, and I felt kind of ready. It was amazing to have them up there — after every dive we heard them cheering.”

Capobianco previously earned a bronze medal in the men’s 1-meter springboard diving final of the XVIII Pan American Games in 2019. He also won a Nassau County diving title with Wantagh High School when he was just in seventh grade.

The local diving champ will next compete in the Tokyo Games’ men’s 3-meter, individual springboard dive on Aug. 3. See more results and schedules at olympics.com.