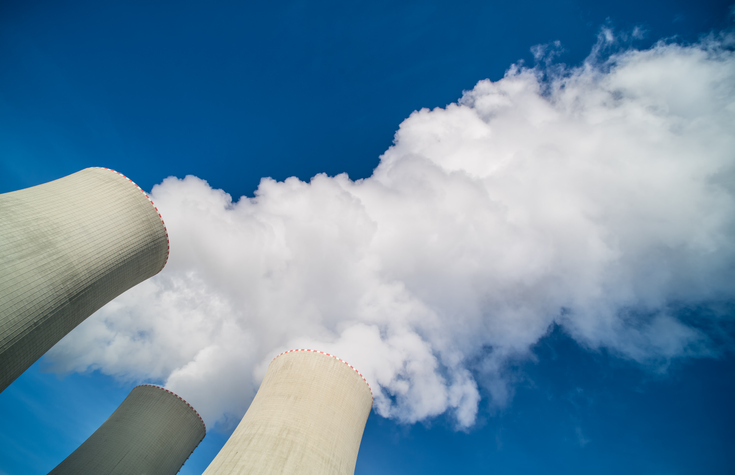 Nuclear plants were once a real possibility for Long Island. Could the idea be making a comeback? (Getty Images)

It began in Ravenswood on the western end of Queens. That’s where Con Ed, the New York City and Westchester utility, planned to construct a nuclear power facility.

Next time you’re on the overpass of the Long Island Expressway before the Queens Midtown Tunnel, look to the right — to the north — and you will see smokestacks of conventional power plants. That’s where Con Ed planned to also go nuclear.

The utility applied to the U.S. Atomic Energy Commission in 1962 for a construction license. The Long Island Press in 1963 quoted from an AEC document which stated “that a reactor such as Consolidated Edison plans” should be 13.7 miles “from the nearest boundary of a densely populated place.”

And, said the Press, “Considering that the Ravenswood site is almost smack in the geographic center of New York City with its teeming millions…opposition to it is understandable, to say the least.”

And was there opposition. Challengers of the project appeared before the City Council supporting a bill barring the building of nuclear plants within city limits. The measure wasn’t passed, but its introduction resulted in Con Ed dropping the project in 1964. Two years later, the push for nuclear shifted to Long Island.

“Mineola, L.I.: — The use of atomic energy to produce electricity for Long Island was moved a big step forward as the Long Island Lighting Company today announced that it had initiated proceedings with local authorities to rezone a portion of a site on the north shore of Suffolk County for the Company’s first nuclear electric generating station,” said a LILCO press release dated April 13, 1966.

It turned out that LILCO wanted to build not one but three nuclear power plants at Shoreham, four to the east at Jamesport, and several in between all along the Long Island Sound.

It took more than two grassroot organizations and local and state government actions to end the plan. Shoreham was shut down and dismantled as a nuclear facility. None of the other proposed plants were built. Long Island is now nuclear-free.

And LIPA CEO Tom Falcone during a LIPA board meeting in December spoke about future sources of energy and said electricity would play a much greater role. He referred to solar and wind power and added, “We’re going to have nuclear in the future.”

It’s been a very long battle for green energy on Long Island. It’s not over yet.