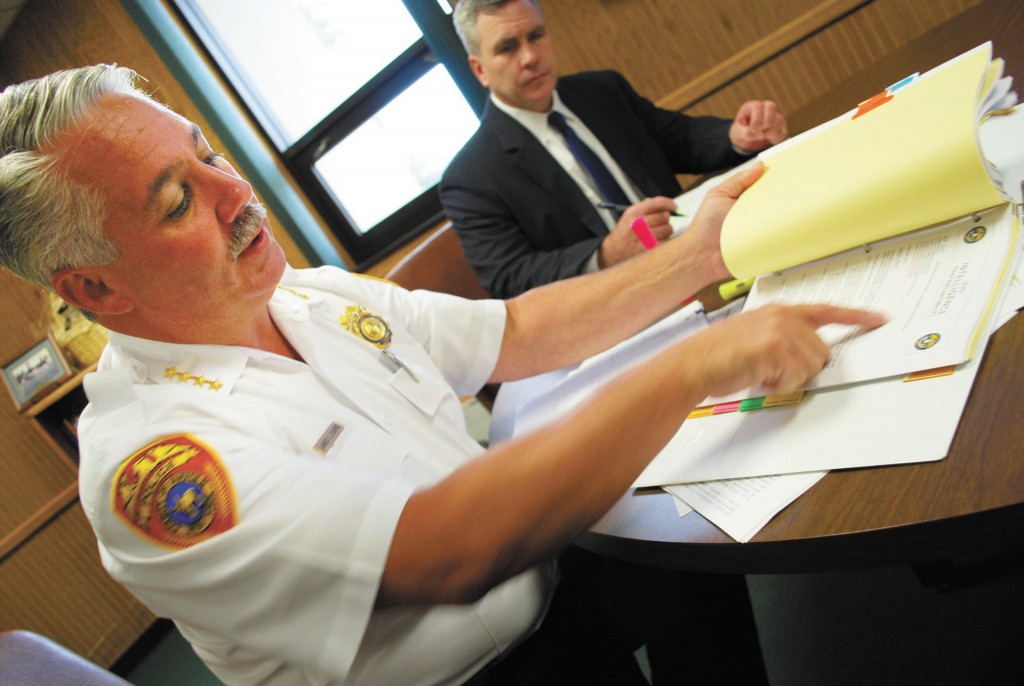 “We’re optimistic that at a trial we’ll be able to prove that the charges are unwarranted,” Conway told reporters after the hearing.

Burke, who is being held without bail after Wexler termed the ex-top cop a danger to the community, last month pleaded not guilty to violating a suspect’s civil rights and conspiracy to obstruct justice. Prosecutors have alleged that Burke beat Christopher Loeb, a Smithtown man who was arrested for stealing a duffel bag from Burke’s SUV, while in custody and then ordered police to cover up the alleged assault.

In other developments Tuesday, Conway said that he opted against appealing Burke’s being denied bail in order to focus on preparing his defense. Conway signaled that he would prefer a so-called bench trial decided by a judge rather than a jury trial because it will be difficult to find jurors who haven’t heard about the high-profile case. He wouldn’t say whether he plans on seeking a change of venue to address that issue. But he did say that Burke may take the stand.

“It would be hard not to in a trial like this,” Conway said, noting that there’s been no discussions of a plea deal.

Conway said that it is “pretty likely” that the trial will actually start on March 21 even after he noted that, historically, it would be “very, very quick” for a federal case to pick a jury and begin hearing testimony so soon after an arrest.

Burke, who was dressed in a beige jail-issued uniform, shaved his gray mustache since his last court appearance. He is due back in court on Feb. 9 for his next pretrial hearing.

He is expected to receive a retirement payout of $434,369.52 on Thursday in compensation for 114 unused vacation days and 300 unused sick days, according to the Suffolk comptroller’s office. He made $232,047 until he retired in November, according to See Through New York. His pension has not yet been calculated.