Ideas City Festival
A major arts and education collaborative in downtown Manhattan, Ideas City is a biennial festival of conferences, workshops, art and performances around the Bowery, with more than 100 independent projects and public events that are forums for exchanging ideas, proposing solutions, and accelerating creativity. This year’s theme is Untapped Capital, with participants focused on resources that are under-recognized or underutilized in our cities. Artists, architects, poets, technologists, historians, community activists, entrepreneurs, and ecologists share their ideas through this innovative, minimal-waste event, with street activities including artists’ projections on the New Museum building. New Museum, 235 Bowery, Manhattan. www.ideas-city.org. May 1-4 Marky Ramone’s Blitzkrieg
The punk drumming icon and his band will be fronted by the king of partying, Andrew W.K., to perform more than 30 of Marky’s classics that took him from the halcyon stage of CBGB’s to touring around the world. “When Marky Ramone asks you to be his singer, you don’t even think about it,” says W.K. “It’s an automatic YES! There’s never been better rock ’n’ roll music made than this, and I will give everything I have to do it justice.” This show kicks off the historic pairing’s world tour. Santos Party House, 96 Lafayette St., Manhattan. May 3 The New Yorker’s 8th Annual Passport to the Arts
Pick up a program guide, a map, and an official passport at the Passport to the Arts headquarters, located at AFA gallery, 54 Greene St., Manhattan. At each gallery on this self-guided tour, passports will be stamped with a replica of a featured work of art by established and emerging artists. Guests are invited to stop by Gallow Green at the McKittrick Hotel from noon to 6 p.m. and after the tour, participants can attend a cocktail party featuring a silent auction of 19 artworks. Visit passport.newyorkeronthetown.com for details. May 4 Hair
The Public Theater’s new Tony-winning production of Hair is an electric celebration on stage! This exuberant musical about a group of young Americans searching for peace and love in a turbulent time has struck a resonant chord with audiences young and old. Hair features unforgettable songs, including “Aquarius,” “Let the Sun Shine In,” “Good Morning, Starshine” and “Easy to Be Hard.” Its continuing relevance is undeniable. Its energy is unbridled. Its truth is unwavering. It’s Hair, and it’s time! Tilles Center, 720 Northern Blvd., Greenvale. May 5 Wendy Williams
The TV host and former Hot 97 DJ will speak and sign her new book, Ask Wendy. Wendy has been giving out advice for more than 25 years, first on her popular radio show and then every weekday on TV. Now Wendy’s answering your questions. Have a problem with your husband? Are you constantly fighting with your mom? Do you think it’s time you break up with your BFF? If you’ve got a question, Wendy has an answer! Barnes & Noble, 97 Warren St., Manhattan. May 7; Also at Book Revue, 313 New York Ave., Huntington. May 10 History of Bank Robbery
The first bank robbery in the United States occurred in Philadelphia in 1798. By the mid-19th century, bank robbers in urban areas became more and more sophisticated, cracking safes with precision tools and sometimes resorting to explosives. A race between the robbers and the safe manufacturers, similar to current technological battles with hackers, went on for years. Presented by Wilbur Miller, professor of history at Stony Brook University, this chronicle of bank robbery will highlight famous robbers and efforts to bring them to justice, from the Philadelphia criminals to Willie Sutton through the present day. Sachem Public Library, 150 Holbrook Rd., Holbrook. May 13 Beth Hart
In the late ’90s, Beth Hart garnered mainstream popularity after “LA Song (Out of This Town),” aired during the final season of Beverly Hills, 90210. Hart soon lost everything—her label, tours, TV appearances—while battling drug and alchohol addiction. It’s taken her about a decade to get back on her feet, but she’s done it. Earlier this year, at the Kennedy Center Honors, Beth Hart delivered the most riveting performance of the evening with Jeff Beck when they paid tribute to blues legend Buddy Guy. Beth’s rendition of “I’d Rather Go Blind” marked her first U.S. TV appearance in more than a decade. She blew everyone away, and her performance was received with a rare non-honoree standing ovation. With Christine Santelli. City Winery, 155 Varick St., Manhattan. May 13, 16 & 17 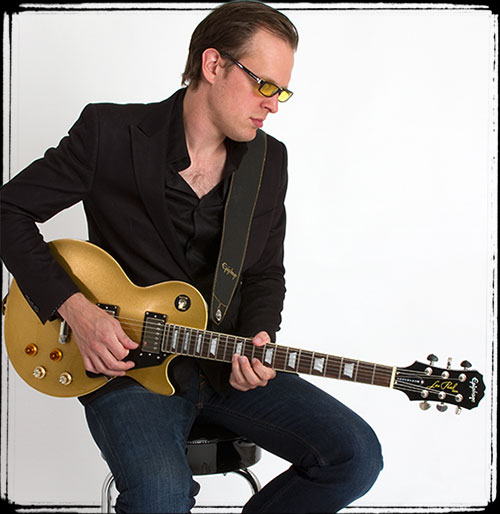 Joe Bonamassa
When he was only 12 years old, Joe Bonamassa opened for blues legend B.B. King at Westbury Music Fair. Since then the Award-winning blues rock star, singer-songwriter and upstate New York native has debuted eight albums at the number one spot on the Billboard Blues Chart and played with other legendary guitar greats from Buddy Guy to Eric Clapton. Besides his solo work, Bonamassa has kept himself busy with the formation of the band Black Country Communion, featuring Glenn Hughes (Deep Purple), Jason Bonham (Led Zeppelin, Foreigner) and Derek Sherinian (Dream Theater, Billy Idol). Just in the past year, Bonamassa has put out two records and a DVD, and started a world tour. “I never get tired of it,” Bonamassa tells the Press. “I enjoy it, I’ve been doing this for 20 years at this point. It’s been a blessing and a real privilege.” Beacon Theatre, 2124 Broadway, Manhattan. May 16, 17 & 18

The Great Googamooga Festival
Headliners The Yeah Yeah Yeahs and The Flaming Lips help turn Prospect Park into an amusement park of food, drink and music all weekend long. Eat and drink from 85 top restaurants and more than 50 wineries and breweries. Enjoy themed parties, lively presentations and demonstrations, and catch performances by artists ranging from indie rock to New Orleans Jazz to Italian pop. Prospect Park, Brooklyn. www.googamooga.com. May 17, 18 & 19

Electric Daisy Carnival
This Friday and Saturday, CitiField will be completely transformed into an immersive landscape complete with over-the-top production, special effects, and multiple stages of world-class music with dozens of performers including Afrojack and Calvin Harris. But what’s a carnival without rides? EDC’s landscape is an oversized adult playground dotted with all of your favorite full-sized carnival rides that are free for everyone. Floating chandeliers illuminate the plush VIP tables and state-of-the-art LED paneling, lasers and pyrotechnics bring each unique stage design to life. From giant misting daisies perched above the crowd to forests of light and sound, the entire venue will be transformed by theatrical performances, special effects, fire displays, water works, and illuminated art. CitiField, Queens. www.electricdaisycarnival.com. May 17 & 18

Bethpage Federal Credit Union Air Show
Long Island’s official kickoff to summer, this year’s Jones Beach Air Show celebrates its 10th anniversary and will include appearances by stunt pilots and the Royal Canadian Force F18 Demo Team. Air National Guard Lt. Col. John Klatt will fly the world-famous Staudacher S-300D aerobatic aircraft and the Miss GEICO powerboat racing team will challenge their airborne counterpart, a member from the GEICO Skytypers, on the water. The event runs from 10 a.m.-3 p.m. on both days, but make sure to get there early to save your spot! Jones Beach, Ocean Parkway, Wantagh. www.jonesbeachairshow.com. May 25 & 26

The Shins
Since 1996, The Shins front man James Mercer has turned what was originally a side project into a full band with an international following that began with their debut Oh, Inverted World, considered to be one of the definitive albums in the indie rock genre. Along with Mercer, the band’s current lineup includes singer/songwriter Richard Swift, Modest Mouse drummer Joe Plummer, Yuuki Matthews of Crystal Skulls and Mark Watrous. Williamsburg Park, North 12th Street and Kent Avenue, Brooklyn. May 26 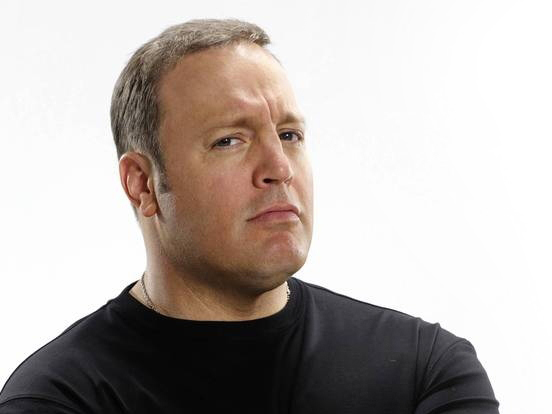 Kevin James
Kevin James broke into the film world in 2005 in Columbia Pictures’ Hitch by starring opposite Will Smith, but his comedy career had started before that as a stand-up on Long Island. The King of Queens star heads back to LI Thursday night for two back-to-back shows. NYCB Theatre at Westbury, 960 Brush Hollow Rd., Westbury. 877-598-8694. May 30

The Dandy Warhols
Having established themselves as musical icons with their songs “Bohemian Like You,” “Not If You Were The Last Junkie On Earth,” and “We Used To Be Friends,” The Dandy Warhols mark the 13th anniversary this year of Thirteen Tales From Urban Bohemia. To celebrate the occasion, and in anticipation of the forthcoming reissue on CD, vinyl and limited-edition vinyl boxset, the band will perform Thirteen Tales live in its entirety. Terminal 5, 610 W. 56th St., Manhattan. May 31