L.I. Teacher Refuses To Administer Common Core Tests, Urges Others To Join Her 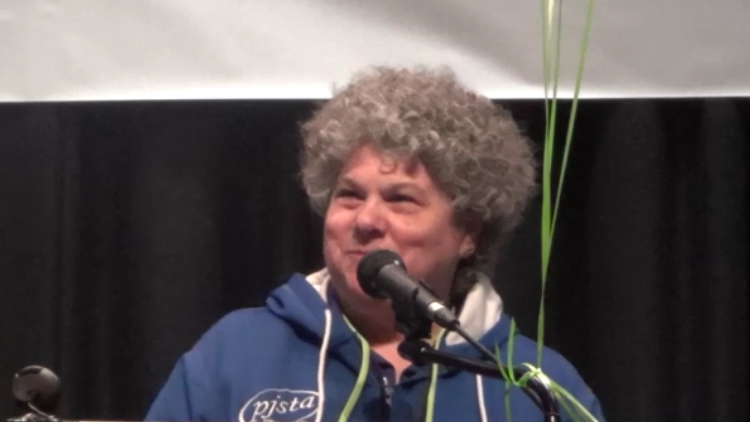 Beth Dimino, an eighth-grade science teacher in the Comsewogue School District and president of the Port Jefferson Station Teachers Association, will be the first Long Island teacher to “opt-out” of administering mandated state standardized tests this April.

An outspoken opponent of the Obama administration’s controversial Common Core education reforms—new academic standards in mathematics and English language arts/literacy (ELA) rolled out nationwide last year that have sparked protests among countless students, parents and teachers across Long Island and the country—Dimino was just one of several local school officials, elected officials, parents, and nonprofit leaders who railed out against the program at a rally last March at Comsewogue High School attended by hundreds of “Opt-Out” supporters.

More than 20,000 LI school children refused to take the state tests last April. No local teacher, however, has gone so far as Dimino to publicly voice his/her intention to refuse to even proctor the exams. She tells the Press her unprecedented decision is simply a matter of conscience, and spelled out as much in a recent letter to Comsewogue Superintendent Dr. Joe Rella, who’s also gone on record as a staunch Common Core dissident.

“I find myself at a point in the progress of education reform in which clear acts of conscience will be necessary to preserve the integrity of public education,” she writes, adapting her language from a template of a letter sent to New York City Schools Chancellor Carmen Farino by city schoolteachers/education advocates Colin Schumacher, Emmy Matias and Jia Lee—co-founders of a movement aimed at inspiring others to refuse administering the exams. “I can no longer implement policies that seek to transform the broad promises of public education into a narrow obsession with the ranking and sorting of children.

“I will not distort curriculum in order to encourage students to comply with bubble test thinking,” continues her letter. “I can no longer, in good conscience, push aside months of instruction to compete in a state-wide ritual of meaningless and academically bankrupt test preparation. I have seen clearly how these reforms undermine teachers’ love for their profession and undermine students’ intrinsic love of learning.”

Dimino hopes other local educators will follow her lead and oppose subjecting their students to the tests by refusing to administer them.

“The next logical step has to be the movement of conscientious objectors,” she tells the Press. “I believe, and I said this to [New York State Education Commissioner John] King and [state Board of Regents Chancellor Merryl] Tisch and [state] Senator [John] Flanagan at the Three Village Rally [in November 2013], that this is child abuse. I believe that it is child abuse. I believe that giving these tests to my students makes me culpable in the abuse of children and I can no longer do that.”

“I have known Beth for over 20 years,” he says. “This was not something she has done lightly. There was a lot of soul searching that went on and she said to me, as a matter of conscience, she cannot participate. She cannot proctor this test. And I support that.”

Dimino and Rella harbor a host of reasons why they’re so opposed to Common Core, ranging from what they deem as a lack of focus and an erroneous substitution for actual hands-on, in-the-classroom, traditional teaching, to myriad issues with the actual exams themselves, which utilize problem-solving and reason-centric approaches to not only answering but understanding subject material questions.

“These tests are meaningless,” Dimino blasts. “They do not show us anything that a test is supposed to show us. Tests are supposed to show us how children are doing, how proficient children are in the work we’re teaching them. So now we can either modify our pedagogy and review it and do it again because the children didn’t get it, or understand that the children got it and move on to the next piece of the puzzle, which is teaching that particular piece of curriculum. These tests do not inform on that level at all.”

A major gripe of Dimino and other Common Core critics is that teachers are not part of crafting the test, not permitted to view the whole test and not even privy to tests’ answers. Additionally, she laments, instructors are not allowed to discuss the test among peers and do not get students’ scores until the next school year.

“So the children aren’t actually in third grade when they get the results of the test,” she explains. “The parents don’t get the test until the fourth grade, so the children have either been promoted or held back, but in fact, that third-grade test was not used in any way to help that third grader.”

Rella agrees, listing as one of his main critiques about Common Core that the passing score for the tests are actually set months after the tests are given.

In 2013, the first year students took the exams, for example, the state education department predicted a 70-percent failure rate, which came to fruition when results eventually came back that August. Similarly, last year’s pass rate was predicted to be 35 percent.

“At this rate, with the success rate going up 5 percent per year, it will be 10 years before these children will know success,” he blasts. “They will go through their entire education experience as failures.”

Rella thus believes these tests are “designed to make children fail [and] are unconscionable.” However, he makes the important distinction that if a child cannot pass a test, their score should reflect it—thereby not making the case for the educational equivalent of the participation trophy, but for sound testing practices that include, at the very least, input from the parents and educators who have been so vocal about their effect on students.

“The problem with these tests [is that] our kids believe everything we tell them,” says Rella, the Comsewogue School District superintendent. “They don’t know it’s a rigged game. You can’t lie to children and tell them that they are failures. You can’t lie and tell them that they were successful either just to boost them up. Tell them the truth. They believe us. You don’t get this time back. You don’t mess with children.”

Dimino, by refusing to administer the upcoming Common Core tests, is effectively risking her job for what she believes, and implores others to do the same. She believes there are many other teachers out there whom may feel the same way but are prevented from acting for fear of jeopardizing their positions, and because of those mixed signals, many parents are confused about whether or not opting out of the tests is the best option for their children.

To help clarify this, she’s also putting forth a proposal before the New York State United Teachers Federation (NYSUT) asking that all teachers who have school age children refuse to let them take the exams.

This resolution, which Dimino co-authored, passed her union unanimously, she says, and will be brought to the NYSUT general assembly meeting in April, and aims to coordinate local teachers unions across the state in opting their children out of the tests in solidarity.

Jeanette Deutermann, the mastermind behind the 17,000-plus member anti-Common Core Long Island Opt-Out Movement, who helped contribute to the more than 50,000 students refusing the tests in New York state last year, sees teachers refusing to administrate the tests as the next logical step in their mission to end them.

“This is the natural progression of our fight against high-stakes testing that is depleting public school resources, hijacking our children’s classrooms, and turning the love of learning into fear and punishment,” she says. “Parents of Long Island Opt Out and New York State Allies for Public Education stand behind any educator in the position to take this courageous action on behalf of our children.”

A CHANGE HAS GOTTA COME

Dimino is part of the “Teachers Of Conscience Movement” started by Schumacher, Matias and Lee—who object to the “market-based” education reform and the standardization of public education as “conscientious objectors.”

They authored a position paper and letter to New York City Schools Chancellor Farina in the hopes that it would gain traction as a way for teachers to protest Common Core and raise awareness to state education officials—from Gov. Andrew Cuomo and the chancellor to the education commissioner and Board of Regents—that the input of educators is valid and should be valued by those in policymaking positions.

“I’m not telling you that I’m opposed to raising standards, or making standards better,” summarizes Dimino. “What I’m opposed to is not having any educators be part of the process of making those standards better. I don’t believe that there’s any other industry that does that. I think if doctors are looking to improve something within their discipline, they have doctors as part of that system of change. I believe lawyers do that, accountants do that, and sanitation workers do that. Everybody does that. You need to have who are determined to be high caliber people in that field to help with that change.”

Dimino believes Common Core undermines the very ideals of high school education: preparing students for college and careers. If more teachers follow her lead and refuse to even administer these exams, she says, it could be the silver bullet so many opponents have been searching for since the reforms’ inception.

“These tests are not going to get these children ready for anything except to take tests,” she slams. “I really believe that getting rid of the testing will cause this entire nonsensical system to implode.”