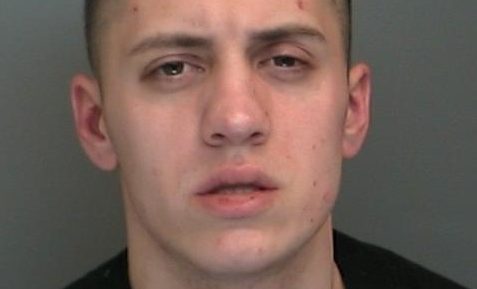 A man who was beaten by disgraced ex-Suffolk County Police Chief James Burke is expected to be released from prison and have his conviction vacated on Tuesday, the man’s attorney said.

Christopher Loeb, who served 2 ½ years in prison after pleading guilty to criminal possession of a weapon at Suffolk County court in 2014, had stolen Burke’s gym bag containing a gun clip and other items from the ex-chief’s SUV. Burke, who pleaded guilty last year to beating Loeb in retaliation and ordering a cover-up of the assault, was sentenced in November to 46 months in federal prison.

“While Chris moved much closer to justice today, he is not home yet,” said Bruce Barket of Garden City-based Barket Marion Epstein Kearon LLP. “We will continue to press for his complete exoneration. The remaining charges ought to be dismissed and we will not rest until that happens.”

Loeb, a recovering heroin addict from Smithtown, was on probation at the time of his arrest. Federal prosecutors have said that Burke beat Loeb because the gym bag that Loeb stole also contained pornography. Burke later bragged about the station-house beating, according to investigators.

Barket said that he was filing the motion to vacate Loeb’s conviction because police involved in the case violated his client’s civil rights by beating him while he was handcuffed, among other misconduct. When he spoke at Burke’s sentencing, Loeb added that Burke threatened to kill him and rape Loeb’s mother. Suffolk County Judge Richard Ambro is expected to grant Barket’s motion.

“He was imprisoned in part because of the misconduct of a few Suffolk police officers including the chief of police,” said Barket, who added that Loeb will no longer be on parole upon his release. “They tampered with physical evidence, filed false police reports and lied to prosecutors. Thankfully, the special prosecutor, William Ferris, is expected to consent to our motion to vacate the conviction based on this egregious misconduct.”