With the holiday season upon us, it’s time for Christmas music – and perhaps especially Greenlawn native Mariah Carey’s pop sensation “All I Want for Christmas is You.”

The hit has only grown in popularity since it was released on Carey’s first Christmas album, Merry Christmas, in 1994. Today, Carey is somewhat of a Christmas icon because the song dominates the airwaves around this time of year.

Since you’ve probably heard “All I Want for Christmas is You” more times than you can count, here are some different ways to enjoy the Long Island native’s hit song that keeps on giving. 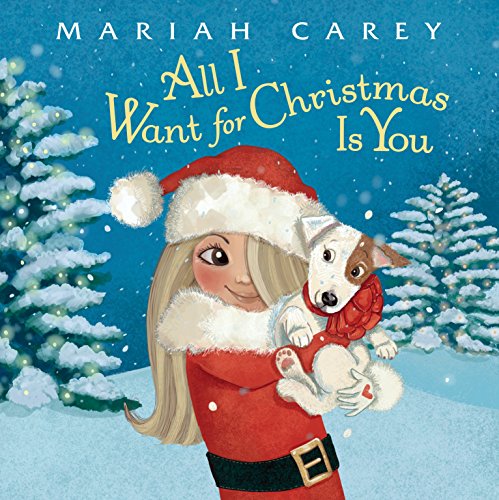 In 2015, Carey released a children’s book of the same name as her beloved Christmas tune. The song lyrics appear in the picture book about a young girl who only wants a dog for Christmas. Plus, on Nov. 1, Carey released another picture book, The Christmas Princess (The Adventures of Little Mariah) to keep the childlike wonder going. Either of these would make great gifts for kids to read on Christmas morning. The All I Want for Christmas is You children’s book was adapted into an animated movie in 2017. Carey herself voices “older Mariah,” while actress Breanna Yde voices young Mariah. Henry Winkler is also part of the cast as the voice of Grandpa Bill. The children’s film is currently streaming on Amazon Prime and Peacock.

SEE “THE QUEEN OF CHRISTMAS” LIVE

Take the Long Island Rail Road into Madison Square Garden and see “the Queen of Christmas” live on Dec. 13 and Dec. 16. Carey has four Christmas performances lined up in December – these two New York City dates and two others in Canada – as part of her brief Merry Christmas to All tour. And really, what better way to celebrate the magic of Mariah than at the Garden full of MC fans belting “All I Want for Christmas is You”?

LISTEN TO THE COVERS

Many artists have released their own versions of this Christmas classic, so there are lots and lots of covers to choose from. There is an exhaustive list of these, which includes the cast of Glee, Michael Buble, Cee Lo Green, Fifth Harmony, My Chemical Romance, and more. Carey even joined Justin Bieber for his version, “All I Want for Christmas is You (Superfestive!)” on Bieber’s 2011 Christmas album Under the Mistletoe. Finally, they say nothing beats the sound of a record player. If you have one, you can spin “All I Want for Christmas is You” all season long. The song is available on a vinyl picture disc for $25.99. It includes two versions of the tune on one side and two versions of Carey singing “Joy to the World” on the other. Carey also has a 7-inch vinyl of the song available for $15.98, along with other holiday merchandise.