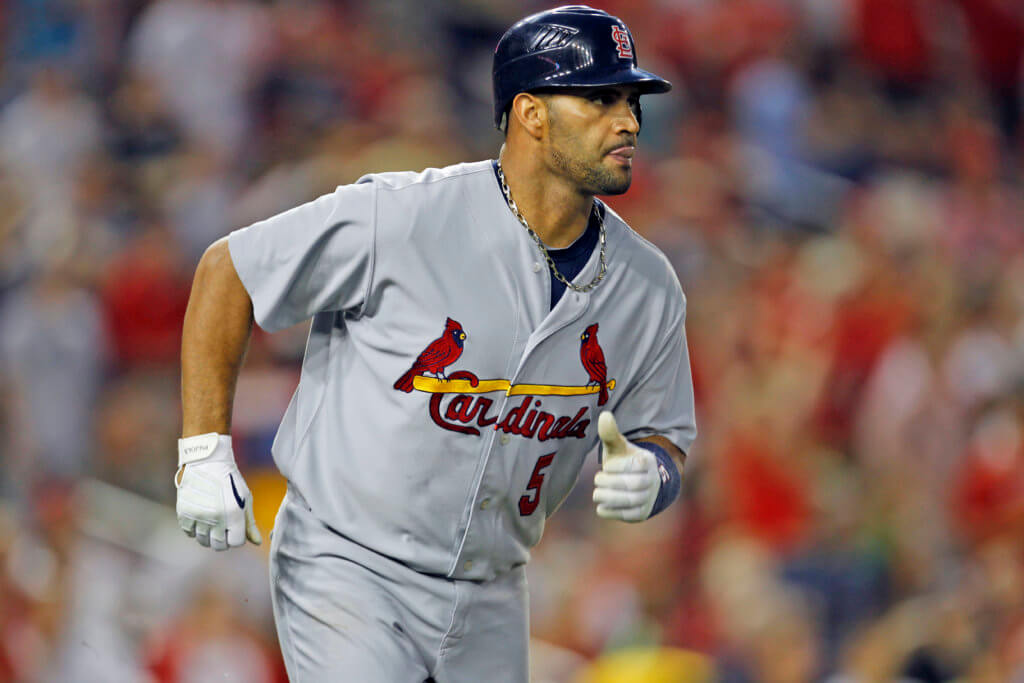 Washington Nationals St. Louis Cardinals in the inning of a baseball game at Nationals Park in Washington Thursday, Aug. 26, 2010.(AP Photo/Alex Brandon)
Today’s noon deadline set by St. Louis Cardinals star Albert Pujols, has passed, and the first baseman appears to be headed for free agency after this season. Pujols, who turned 31 in January, vows that he will not re-negotiate a contract extension once this season starts.

His current contract is up after this season has said in the past that he wants to remain with St. Louis for the rest of his career.

The first baseman has already put together a Hall of Fame-caliber career after just ten seasons. With 408 career home runs and a career batting average of .331. Pujols is already considered one of the most complete players in history.

However, the picture of Pujols in another uniform, although enticing seems like a long shot for many teams including the Yankees and Mets.

The Yankees, will not have room for the slugger. Mark Teixeira is signed to play first base through 2016, and Alex Rodriguez’s contract has him playing at third base for the Yankees through 2017. The designated hitter spot will need to be reserved for Teixeira and Rodriguez, plus aging shortstop Derek Jeter and possibly Jorge Posada as well.

St. Louis manager Tony La Russa said Tuesday that he believes Pujols is feeling pressure from the union to “set the bar” with this deal, which some expect could exceed Alex Rodriguez’s $275 million, 10-year pact with the New York Yankees.

As for the Mets, first-year general manager Sandy Alderson wasn’t interested in any big signings this offseason. And many wonder if another general manager would give Pujols the long term contract he’s seeking because of his age.