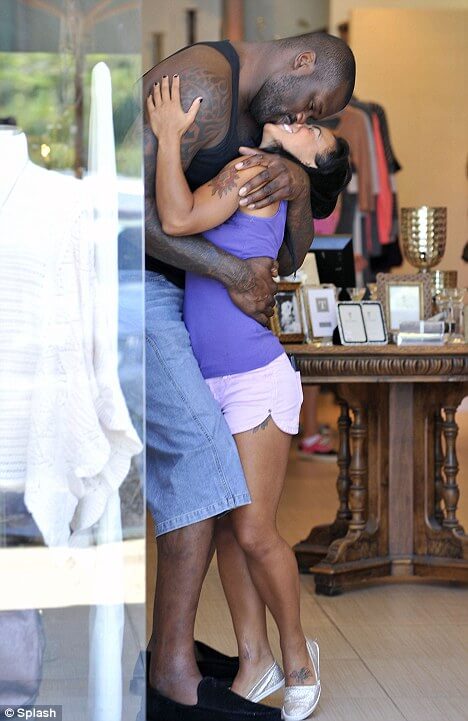 The couple was spotted shopping in Calabasas, California holding hands. It wasn’t the hand holding that caused a stir but instead, the huge height difference between the tall O’Neal and 5ft 2in Alexander.

The couple has been dating since 2010 and reportedly shared a residence in Massachusetts, where O’Neal had been playing basketball.

Alexander, 28, is best known for winning rapper Flavor Flav’s heart on his VH1 reality show, “Flavor of Love.” She also starred in Vh1 competition reality show, “I Love Money,” on which she won S250,000.

The prize money doesn’t compare to the NBA player’s reported over $200 million.

According to U.K.’s Daily Mail, earlier in the day, the couple had watched “Rise of the Planet Of The Apes” which just hit theaters.

In 2007, O’Neal divorced Shaunie O’Neal, with whom he has four children (He also has one from a previous relationship). The two married in 2002.