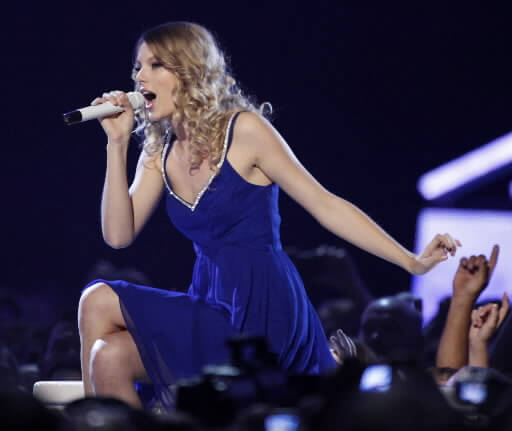 This week, a photo of a topless Taylor Swift lookalike appeared on the website, Celebrity Jihad.

“A topless picture of singer Taylor Swift has reportedly just been leaked to the Internet. As you can see in the picture above, a woman who bears a striking resemblance to country star Taylor Swift is lying on her bed with her breasts exposed,” read the Celeb Jihad report who posted the photo also.

Reportedly, Taylor Swift got word of the posting and is outraged and is now allegedly threatening the with a lawsuit—She insists she was “wrongly identified,” according to TMZ, and Swifts lawyers demand it be taken down or she’ll sue for trademark infringement.

According to The Boot, responding to the post, Taylor’s camp sent an angry letter to the site, accusing it of spreading “false pornographic images” and “false news.”

The site is reportedly weighing its options at this time.

Recently, Swift kicked off her Speak Now World Tour in Singapore, the first leg of her first world tour that will then head to Hong Kong, Europe and finally back home to the Americas.