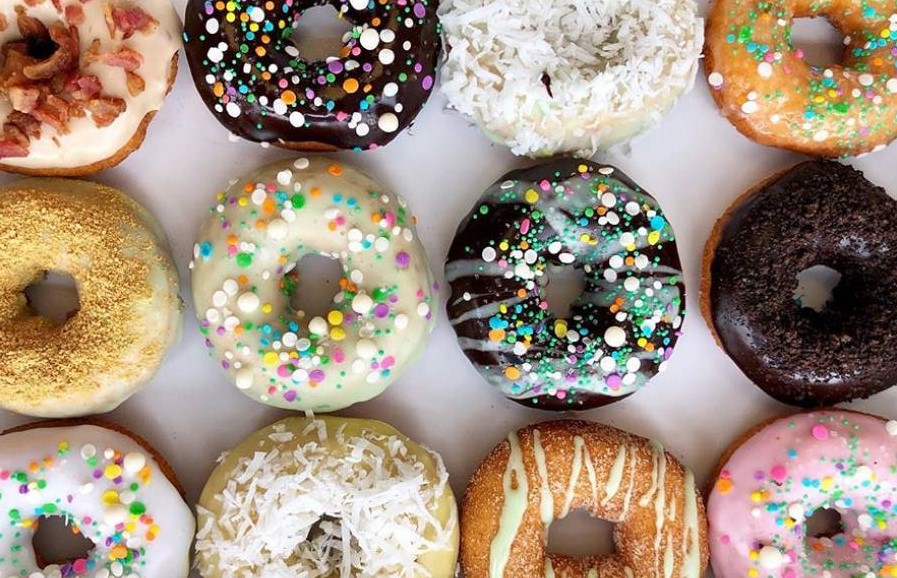 Duck Donuts, billed as the nation’s fastest-growing doughnut chain, is making a nest in Hauppauge — its first to land on Long Island and in New York State.

The North Carolina-based company’s new coup is expected to take flight 9 a.m. Saturday, May 19 at 586 veterans Memorial Highway, in the Hauppauge Plaza shopping center between Routes 111 and 347.

“We couldn’t be more excited with how the space is coming along,” Duck Donuts quacked on Facebook. “We’ll be making amazing donut creations before you know it!”

Duck Donuts — named for the Outer Banks town of Duck, N.C. — currently has 64 franchise locations in 12 states and more than 130 additional contracts in 23 states, according to a company representative.

Like other similar chains, Duck Donuts also offers coffee, sandwiches and ice cream. What gets customers flocking to Duck Donuts is that their fried bread is made to order, with customer’s choosing their topping, icing and drizzle on the spot. That’s in addition to classic options, such as powdered sugar, chocolate iced and some trendier options such as maple icing with chopped bacon.

For more information, visit them on the web.