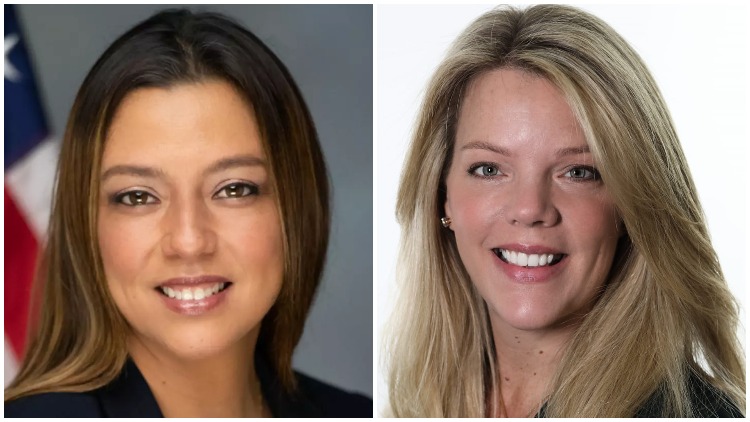 “It’s such an exciting day today, I didn’t think it was going to happen,” Weik told reporters Wednesday during a news conference at Suffolk County Republican Committee headquarters in Medford.

Martinez, a former Suffolk County legislator and school administrator, may already be plotting a rematch in the 2022 election.

“Monica Martinez will be back, if I have anything to do with it,” Jay Jacobs, who chairs the New York State and Nassau County Democratic committees, told the Press. “Her district has lost a great senator — for now.”

Martinez represents the 3rd Senate District, which stretches from Hauppauge to Mastic and includes the eastern two-thirds of Fire Island. She was the lone state lawmaker on Long Island to not win re-election this cycle.

The senator was one of the so-called Long Island Six, a bloc of Democratic state senators from the region, who were pivotal in helping flip the balance of power in the chamber from Republican to Democratic leadership in 2018.

Despite the loss, State Senate Majority Leader Andrea Stewart-Cousins (D-Yonkers) recently announced that Democrats won enough seats elsewhere to have a super majority, which gives them to power to override the governor’s veto.

Two other local senators, Sen. James Gaughran (D-Northport) and Sen. Kevin Thomas (D-Levittown), who appeared to be losing close contests on Election Day, were re-elected last month after the unusually large amount of absentee ballots mailed in were counted.