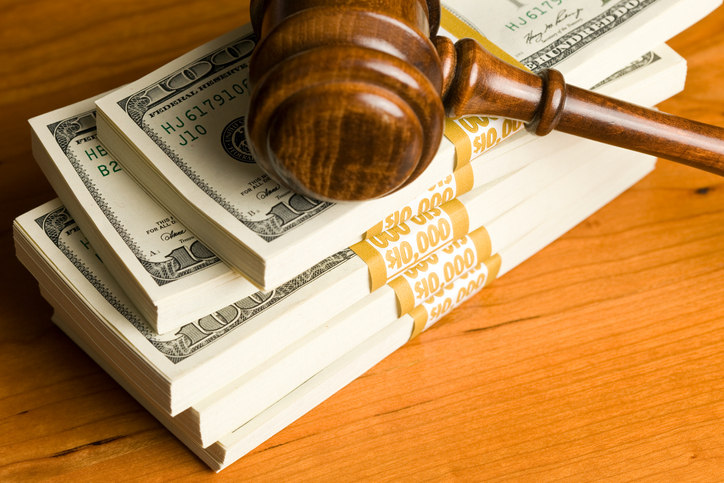 “We are here to shed light on a culture of corruption in the Town of Oyster Bay and to demand accountability for the taxpayers that call this town their home,” New York State Sen. Kevin Thomas (D-Levittown) said at the news conference. “Our families and neighbors have suffered enough during this pandemic. Yet time and again we have seen the powerful and the well-connected attempt to use this pandemic as an opportunity to finance their own political interests at the taxpayers’ expense.”

According to Thomas, Carman sent letters to town employees asking for contributions to the Farmingdale Republican Committee, of which he is the executive leader. Depending on the recipients’ town salary, each letter either asked for $250, $500, or $750.

In the letter, Carman explained that in the past, the letter would be an invitation to a fundraiser supporting the FRC. The fundraiser could not be held with Covid-19 restrictions, but “we still need your support to ensure Republican candidates are elected to office this November,” Carman wrote.

Carman went on to name outgoing state Assemblyman Andrew Garbarino (R-Sayville), who has since won the race in Congressional District 2 to replace retiring U.S. Rep. Peter King (R-Seaford), as a candidate that funds for the FRC would help elect.

Carman sent more than half of these letters to employees who had just received a raise or promotion, Thomas said, noting that the Town of Oyster Bay has given $665,000 worth in raises to 151 employees since May. In the weeks after the letters were sent, the Farmingdale Republican Committee received more than 70 donations, all from town employees and almost all in the solicited amounts, he said.

“While there is no doubt that many hard-working town employees are well deserving of salary increases and promotions, there is a clear and disturbing pattern,” Thomas said. “We are demanding an investigation by the Nassau County D.A.’s office into this unethical solicitation of town employees.”

Thomas said Carman “was part of the secretive approval process for employee raises and promotions,” noting that as deputy supervisor, Carman has “inside access to confidential employment files, knowledge of private town government records,” as well as the authority to recommend, approve, and deny salary increases, promotions, or favorable department changes.

“Nassau County residents deserve honesty and transparency from all of their government officials,” Curran said. “Anything less undermines public trust and breeds corruption.”

Brendan Brosh, a spokesman for Singas’ office, said prosecutors are already looking into the issue.

“We began an investigation last week when we learned of these allegations,” he said.

Town of Oyster Bay officials did not respond to requests for comment. The Farmingdale Republican Committee did, however, issue a statement on the matter.

“All campaign fundraising is done within the letter of the law,” it said. “This is clearly a political stunt by a desperate County Executive and her cronies who want to distract voters from her record of hiking property taxes on 65% of Nassau homeowners.

“It is the height of hypocrisy for a person whose husband was caught red-handed with a sweetheart $240,000 no-bid MTA contract to call for an investigation of another government official,” it continued. “If the County Executive really wants to ferret out corruption, maybe she should start with her own family.”