Tax Season Arrives With Many Transformations This Year 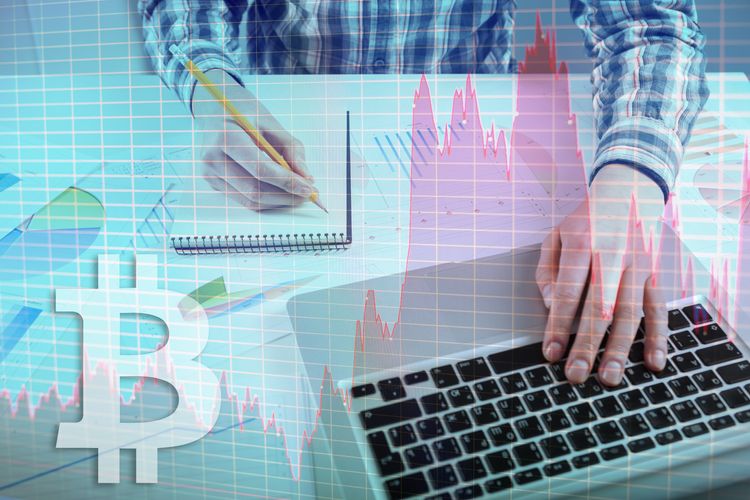 Changing corporate tax rates, interpretations of how to treat and tax cryptocurrency, and how to tax remote workers are just a few issues that have new importance for many taxpayers in a changing world. (Getty Images)

There’s a famous aphorism that only two things in life are certain: death and taxes. Well, make that one.

Whether or not taxes are “certain,” there have been many changes in recent years. For companies, setting aside the question of whether all pay, or pay enough, taxes, the past few years have seen transformations of the tax code, and some uncertainty remains. Changing corporate tax rates, interpretations of how to treat and tax cryptocurrency, and how to tax remote workers are just a few issues that have new importance for many taxpayers in a changing world. And then there are the questions as to whether corporate rates will rise again and whether the trust and estates exemption amount will drop.

“Corporate income taxes are at a historical all-time low of 21% (flat rate) since the enactment of the Tax Cuts and Jobs Act in 2018,” said Ronald Burton Jr., a partner at Marcum LLP, based in Melville. “Prior to 2018, corporate tax rates were based on a tiered structure.”

Others also said that tax rates tumbled, leaving companies with a lower tax burden in 2021 than they historically had with the highest bracket of income taxed at 35 percent.

“It’s a dramatic reduction for a company that generates a lot of revenue,” said Raymond J. Holst, a tax and corporate lawyer at Meltzer, Lippe, Goldstein & Breitstone LLP in Mineola.

An increase has been floated that could raise rates substantially. Burton believes tax rates could reach 26.5 percent, while Holst also sees possible hikes. “The Biden administration, obviously, would like to raise revenue,” Holst said. “Realistically, if there is any movement, there may be an appetite to go to 25 percent on the corporate side.”

Rates could be raised through the reconciliation process, requiring only a majority of support, but even that would require buy-in from Democrats. And it’s hard to tell what Congress’ makeup will look like following the upcoming midterm elections.

“If you keep seesawing the tax rate, it just makes it that much more difficult for businesses to plan and run efficiently,” Holst said. “They have that change of law risk outstanding that is very difficult to price.”

Burton said there has been more change than usual, generating more uncertainty for companies. “The constant tax laws changes and the global pandemic have added a significant amount of new work,” Burton said, “but this a great opportunity for the profession.”

For U.S. companies with offshore subsidiaries that use intellectual property, the term GILTI or “global intangible low-taxed income” has come into play. This new tax regime imposes U.S. taxation on certain income related to intangible assets. “The income generated by those assets can no longer remain offshore and not be subject to U.S. federal income tax,” Holst added.

The infrastructure bill passed in November 2021 included a provision imposing Form  1099 reporting on cryptocurrency transactions, a large, potentially growing aspect of commerce that interests the IRS.

“Treasury says there is a yearly $600 billion tax gap, the amount of taxes paid versus what should be paid,” Holst said. “They believe there are a lot of transactions in crypto that are not being reported and taxed correctly.”

The 1099 reporting of these transactions, including cost basis and gains, will begin in 2023. “When an investor changes from one type of crypto to another, that’s a transfer of one piece of property for another,” Holst said of such exchanges. “You have to recognize any built-in gain at the time of the exchange.”

“If you just want to work from home and not commute, they’ll tax you,” Holst said. “I expect New York will try to raise revenue lost as a result of Covid by auditing and taxing these remote workers.”

During the pandemic, many people moved from New York to states with lower and, in some cases, no state income taxes. That will mean a very different tax year for them and less revenue for New York.

While students may get some loan relief, possibly through executive action, Holst said it’s unlikely to be as much as discussed. “I think it would be a hard thing to get passed,” he said of entirely erasing student debt.

Companies often got Paycheck Protection Program loans, a bright spot in a year clouded by Covid-19, through the Small Business Administration. If a company is sold or has certain other changes in ownership before the loan is forgiven, the amount of the loan generally must be put into escrow.

“This is something that should be addressed as early as possible, if they’re thinking of a change of control transaction,” Holst said.

Proposals regarding changing trust and estates law “scared a lot of people into action in 2021,” Holst said. However, those proposals, including lowering the trust and estates exemption amount, have yet to become law.

“My firm was firing on all cylinders until the end of the year,” Holst said. “Everybody wanted to put their trust and estates plan into effect in 2021.”

While the pandemic brought health and economic costs, Holst said in 2021, from a tax perspective, many things went right. “We have issues,” Holst said. “We shouldn’t let our guard down. But if you look at it, we’re in a pretty good place.”

While regulations are in flux, Burton said that is prompting accounting firms to keep in close contact with companies. “Since there is so much uncertainty and nobody knows when or if there will be more new tax laws, we have been in constant communication with our clients,” Burton said.