Why I Won’t Use Contactless Food Delivery Ever Again 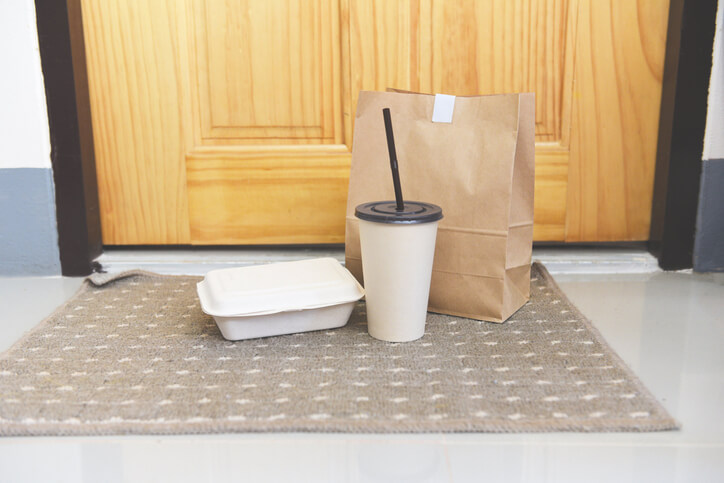 Tonight the universe served up a hard-taught unexpected lesson so obvious, so startling, and one that will not soon be forgotten, right to my front door: Do not trust contactless delivery. Ever.

It was a night unlike any other in our humble abode. After a Sunday spent cleaning in preparation for the coming holidays, we rewarded ourselves by ordering dinner to be delivered via Uber Eats. But when that food arrived, instead of a delicious meal for four, our order contained a shocking surprise.

I grabbed the bag off the porch a minute or two after the app sent a notification that our meal had arrived, just as we have done countless times before. But this time, something was off. The bag felt like it was moving.

“Did one of the containers fall over?” I asked myself.

Once inside, I peaked into the bag to see if everything was OK with our scrumptious-smelling bag of hot food fresh from The Taproom in Patchogue. What was staring back at me from inside? An opossum!

The image of this black-and-white marsupial making eye contact with me while seated in a bag like it was supposed to be there next to our Cajun chicken gyro, chicken tenders and avocado wrap will forever be seared into my brain.

Naturally, after screaming, throwing the food back out on the stoop, slamming the door and trying to explain to my family that a wild animal was helping itself to our food, we were all dumbfounded as to what to do next. It’s simply not something we deal with every day — or ever.

Do we bring the food back inside and eat it? Throw it out? Cook dinner instead? Skip a meal? Order more takeout? And what would have happened if I had brought this bag all the way to my kitchen table and stuck my hand inside without looking first?

For what it’s worth, I’m fully aware that opossums are not aggressive animals that one should worry about attacking humans for no reason. But I prefer to see them in their natural habitat hanging out with other animals in the wild, not in my bag of food.

After the shock of the ordeal wore off, logic prevailed. We would not eat food that an opossum touched, we whipped up something quick for the kids, placed another order and asked Uber Eats for a refund, which they quickly provided. The Taproom was none the wiser, as the opossum obviously snuck in the bag at our house and wasn’t a free sample they were serving up. Highly doubtful the delivery driver would have not noticed wildlife hitching a ride, either.

All of which to say this is nobody’s fault but our own for getting too comfortable with the pandemic-era trend of preferring delivery drivers to leave food at our door instead of having them ring the doorbell and hand it to us like we did before Covid-19.

In hindsight, it’s kinda shocking that I haven’t heard of similar things happening more often. Widespread contactless delivery seems like a golden opportunity for quick-thinking hungry critters not shy about helping themselves to someone else’s eats.

As for my wife and I, better believe we’ll be asking delivery drivers to knock on the door from now on.