Do This: Long Island Events January 15-21 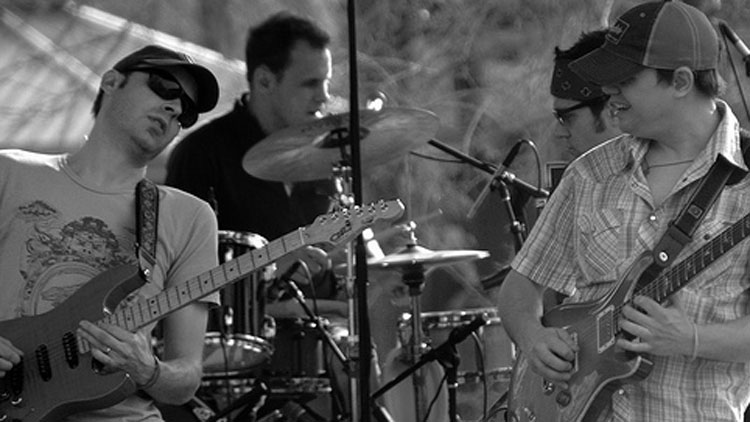 Umphrey’s McGee rocks out The Paramount in Huntington this week.

The New Students
Blending folk, alt and Americana and rocking out in support of their second album, When The West Wind Blows, is this Brooklyn quintet, known for their energetic performances and compelling and, at times, quirky lyrics. Opening the show is Boston-based Americana band Pesky J Nixon. The show is a part of the Hard Luck Cafe concert series, presented by the Folk Music Society of Huntington. Cinema Arts Centre, 423 Park Ave., Huntington. cinemaartscentre.org $6 members, $11 public. 7:30 p.m. Jan. 15.

Keren Gilbert
This local author and nutritionist will speak and sign her new diet book The HD Diet, which shows readers how to choose the right foods to ensure a high-definition life in a 12-week plan. Book Revue, 313 New York Ave., Huntington. Bookrevue.com Price of book. 7 p.m. Jan. 15.

This Life We Live
These Long Island metal hellraisers are holding a release party for their latest EP, Novena. That means total devastation, plenty of shredding, and of course, a ton of new tunes to bang your heads and raise your glasses to. Don’t miss these guys. Warming up the crowd will be Thorn Constellation, Patterns Of Decay and Plague Of Humanity. Revolution Bar and Music Hall, 140 Merrick Rd., Amityville. Revolutionli.com $10. 7 p.m. Jan. 15.

Murder Mystery Dinner and Show
Help solve the crime while sitting among professional Broadway, TV and film actors. At any time, you may wind up part of the plot! The Suffolk Theater, 118 Main St., Riverhead. suffolktheater.com $65. 7:30 p.m. Jan. 16.

Marshall Crenshaw
Born in Detroit, Marshall Crenshaw grew up when the Motor City was hot and happening. He’s drawn upon his roots to carve out a unique career that evokes echoes of Buddy Holly—especially when he hits those high notes and his fingers are flinging out chords faster than a Ford Thunderbolt. He’s also a great songwriter with an ironic twist that he’s deployed to full effect as he chronicles the human condition of our time. And as fans of his WFUV-FM show “The Bottomless Pit” know well, Crenshaw’s record library rivals the Smithsonian. This uncompromising musician is the real deal. “Someday, Someway” simply has to be heard live. Boulton Center for the Performing Arts, 37 West Main St., Bay Shore. boultoncenter.org $35-$40. 8 p.m. Jan. 16.

Jessie’s Girl
Break out the Converse, strap on a headband and dust off the jean jacket, because this Back to the Eighties Show will do everything short of taking you in a Delorean back to the decade when Men at Work, Flock of Seagulls and Debbie Gibson ruled the airwaves. That’s because Jessie’s Girl is more than just a cover band. They’re here to party like it’s 1989! The Paramount, 370 New York Ave., Huntington. paramountny.com $20-$30. 8 p.m. Jan. 16. Blind Dog Smith
To love the blues is one thing, to live the blues another. But to live and love and play the blues with an intensity and truth that comes only from the deepest wells of human existence, from the abyss of loss and despair, from the roots of American suffering, and then climb back on top, to not only survive but triumph. Yes, that’s the musical dimension we’re talking about when these seasoned veterans—Joseph DiPietro, Skip Krevens, Doug Brett, Charlie Raimond and Gary Guarniere, all longtime buddies from Seaford High—get together on stage and hit their stride. The world sounds almost bearable—hell, damn near enjoyable—when Blind Dog Smith is rocking the blues. First 50 guests get a free copy of their new CD Blues in E. Sunset Grill, 4068 Sunrise Hwy., Seaford. lisunsetgrill.com $TK. 7 p.m. Jan. 18.