Man Unapologetic After Arrest for Tampering with Red Light Cameras 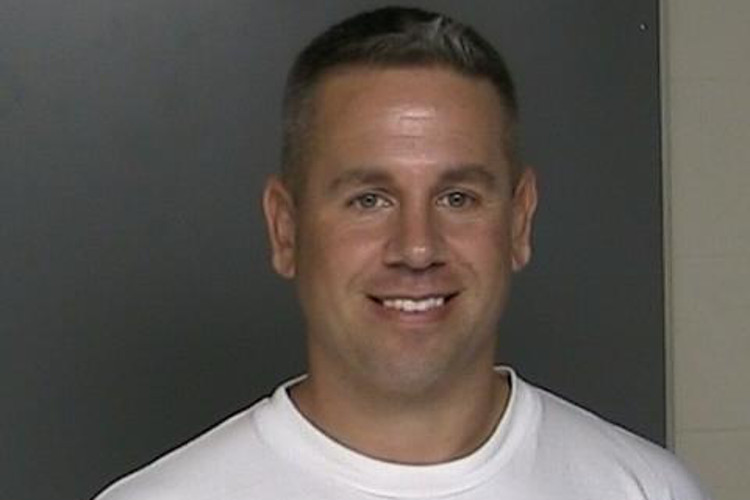 Stephen Ruth has been hailed as a hero by some for tampering with unpopular red light cameras.

A red light camera opponent who has been burned by the unpopular devices in the past was arrested Tuesday after police uncovered video of him allegedly tampering with cameras along the Long Island Expressway service road in Ronkonkoma—a form of vandalism that has some on social media hailing the man as a hero.

Suffolk County police arrested 42-year-old Stephen Ruth at his Centereach home on charges of criminal tampering and obstruction of governmental administration. He was released on bail and his initial court date is set for Oct. 27, according to a post on his Facebook page.

Police said they learned of the tampering after the Sixth Precinct received anonymous tips regarding a social media video showing Ruth allegedly using an expandable pole to aim the cameras toward the sky, therefore preventing the devices from capturing vehicles running red lights or failing to stop long enough before making a right turn.

Ruth, who is all smiles in his mug shot, explained his actions in an unapologetic Facebook post written after his release.

“To all the people thinking ‘why would he do that? Didn’t he think he was going to get arrested?’ Of course I knew I would be arrested,” Ruth wrote. “I did it for the people who come back from war and get abused by these cameras. I did it because senior citizens are getting these, the same ones that went to war for us. These same seniors live in New York’s high cost environment and are being forced out of New York because of its high taxes.

“I also did it because every vehicle that you see with an out of state license plate is not receiving these tickets regardless of who they are,” he continued. “These same people live in our state and pay lower insurance rates because their cars are registered out of state under someone else’s name.”

In a shaky self-shot how-to YouTube video, Ruth, wearing a white collared shirt and a tie, explains how simple it is to “take the power back” and save “innocent people a lot of money.”

“In order to do this successfully you only need a pair of balls and a painter’s extension rod,” he said in the video. “I’m going to show you how easy it is to take the power back. It doesn’t take but more than a minute to do this, and the gratification—the gratification is huge!”

He proceeds to poke at a red light camera with a pole, adjusting it upwards in order to prevent it from snapping photos of drivers’ license plates.

Aside from his self-declared mission to save red-light-blowing drivers cash, it appears Ruth also had a personal grudge against one of the cameras.

“This camera has gotten me numerous times for not waiting three seconds,” he says, apparently referring to the amount of time a driver is mandated to wait before making a legal right turn when stopped at a red light. “Who’s to say that I need to wait three seconds after I clearly see that there’s no one coming in my direction? This is government taking advantage—and it’s gonna stop!”

Ruth’s anti-red light camera rant and actions have some on social media commending him for taking matters into his own hands.

But not everyone came to Ruth’s defense. One YouTube user chided Ruth for complaining about waiting three seconds before turning and said the authorities were correct to arrest him.

Red light cameras have been a source of aggravation for Long Islanders since their initial rollout in Nassau County in 2009 and in Suffolk County in the summer of 2010.

Opponents charge that the cameras exist only to make money off of unsuspecting drivers. Government officials who support the initiative say the cameras prevent crashes by forcing drivers to hit the brakes when a traffic light turns yellow.