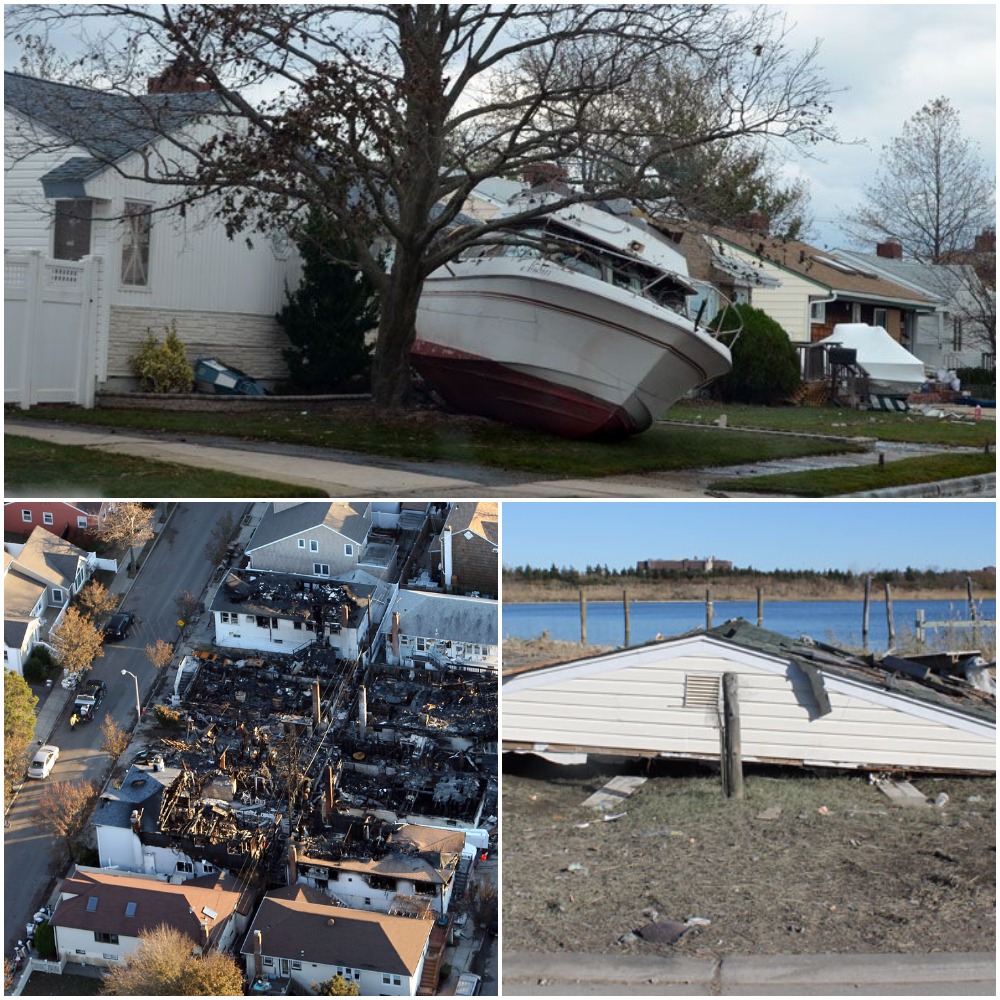 Few can forget the unforgiving winds, torrential rains, and mass flooding wrought by Hurricane Sandy as it infamously banked west in the early hours of Oct. 29, 2012, barreling into New Jersey, Long Island and New York City.

Dubbed a “superstorm” due to the apocalyptic atmospheric conditions spawning it—its massive size as the largest hurricane ever recorded, its merging with a wintry system, and its landfall during high tide on full moon—Sandy was the most destructive and deadliest hurricane of the 2012 Atlantic season and the second-costliest in U.S. history, only to Hurricane Katrina.

More than 230 people lost their lives during its lethal trek from the Caribbean up the East Coast of the United States, millions lost power, and Sandy’s total devastation stateside has been estimated at more than $70 billion.

On the South Shore of Long Island, the ocean rose by several feet, inundating homes, engulfing cars and literally washing away neighborhoods. Lashing winds whipped ferociously atop the sea, conjuring a wall of water slamming shoreline communities with the fury of a freight train, uprooting trees, shredding power lines, leveling homes and businesses and turning boats into missiles that hit structures with the terrific force of floating wrecking balls.

An estimated 100,000 homes and businesses were destroyed across Long Island—and some communities have still not recovered. In the days following the storm’s landfall, residents were forced to rummage through the wreckage to try and save whatever they could, while temperatures plummeted and a gas shortage crippled the region.

It’s impossible to quantify the sheer emotional and psychological torture Sandy rendered on communities obliterated in its path.

The following photographs serve as grim reminders of Superstorm Sandy’s unimaginable destruction across Long Island, and its long-lasting impact on countless families’ lives, on its somber, four-year anniversary.