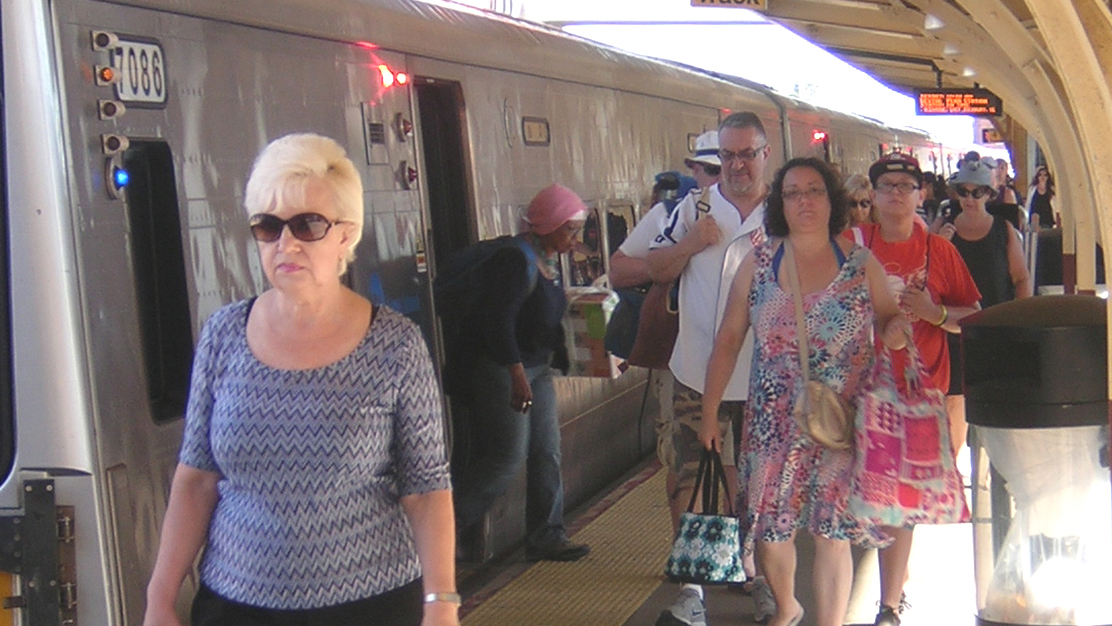 When it comes to public transportation policy, the difference between delusion and optimism is big enough to drive a train through it.

Policymakers are always prone to thinking big until it’s time to punch the ticket. Then reality sets in and they sadly realize they can’t afford the ride.

The illusion is understandable, especially when demand drives the growth debate. Suddenly everything seems possible. Just this week the Metropolitan Transportation Authority announced that ridership of the Long Island Rail Road increased last year by 3 percent, and the biggest surge was “during non-rush hours, on non-Manhattan commutes and for non-work trips.” According to the MTA, last year’s total ridership was 85.86 million passengers—the third highest figure since 1949.

On Long Island, elected officials seem to believe that the new riders of the rails means that the MTA will be able to commit funding to projects that will transform the LIRR.

They promote their favorites: the double and third track projects, which aim to add train capacity; electrification of the tracks running further east to speed up the commuting time (which was highlighted before here); plus new or reactivated railroad spurs and a few new or relocated LIRR stations. But these transit projects sit idle in a graveyard of dreams. Thanks to the ongoing and increasingly expensive projects in New York City such as the never-ending Second Avenue Subway and East Side Access, the MTA is essentially maxed out.

As Nicole Gelinas wrote in the New York Post, “Over the next five years, the MTA needs $2.8 billion to keep working on the Grand Central [terminal] project, and $1.5 billion to start the next few stops down Second Avenue. Facing a $15-billion deficit in its planned $32 billion in capital investment, the MTA doesn’t have a dime to keep working on these older mega-projects—let alone start new ones.”

Our suburban officials’ pronouncement of “build it and they will come” doesn’t bother with the reality that the MTA has a laundry list of projects it can barely afford. Adding to this mix are the pipe dreams of Mayor Bill de Blasio and Gov. Andrew Cuomo, who routinely pitch new endeavors for the MTA to add to their bucket list.

The mayor wants to create a new subway line on Brooklyn’s Utica Avenue, while the governor wants to extend the Air Train to La Guardia Airport as well as bring the MTA’s Metro-North railroad into Penn Station while adding four new stations in The Bronx. Like the proposals for the LIRR, these great ideas would provide further access to underserved areas. As planners know all too well, however, implementation is the most important part of the planning process, and the fiscal reality is daunting.

So, on Long Island we have a slew of development projects including the Ronkonkoma Hub, Wyandanch Rising and AVR Realty Company’s the Meadows at Yaphank, an ambitious mixed-used  project near the William Floyd Parkway and the Long Island Expressway, that all seek to capitalize on upgrades to the LIRR to accommodate the supposed increased ridership demand that these projects would generate, without any way to pay for said upgrades. It’s like a chicken-and-egg scenario, but the egg costs billions of dollars to lay, and it already comes scrambled.

Of course it is important for policymakers to have a vision. If the world were a perfect place, the LIRR would be upgraded because it’s the right thing to do. Our rail infrastructure is antiquated as it is, and as ridership ticks up, thanks to a growing economy and service restorations, the system should be able to handle the additional burdens that the population puts upon it.

According to the LIRR, its market is changing because the number of riders who take the trains during non-regular commuting hours—off-peak or non-traditional as it’s defined—has risen 66 percent since 1984 while total ridership over that period has increased by 14 percent. The question is whether that growth is due to increased transit demand (more people deciding to take the train to work instead of their cars) or simply to an upsurge in population on Long Island.

The double-track effort, which aims to place a much-needed second track on the 18-mile stretch between Ronkonkoma and Farmingdale, is especially important because it would alleviate the delays that regularly occur in the LIRR’s notorious single-track territory.

The MTA does have other priorities and most of them, unfortunately for us, are New York City-centric. But these projects, both in the works and only in the planning stages, can have a profound impact on Long Islanders, too. Just ask any LIRR commuter what happens when there’s a problem in one of the East River tunnels. Yes, we do need to upgrade these century-old tunnels into Manhattan and the ones under the Hudson to relieve congestion at Penn Station.

We must complete the East Side Access project for the LIRR—the sooner the better—and even bring Metro-North into Penn Station, before we look eastward. These efforts are critical to the future; the others, at this point, are arguably frivolous. Once these game-changing projects are completed, planners should study demand and ridership, and adjust our transit strategies from there.

Regional planning is a test of patience. It seems our policymakers are running out of it as quickly as the MTA’s coffers are being depleted. Let’s be realistic about our expectations, and watch the gap between our aspirations and the fiscal realities.