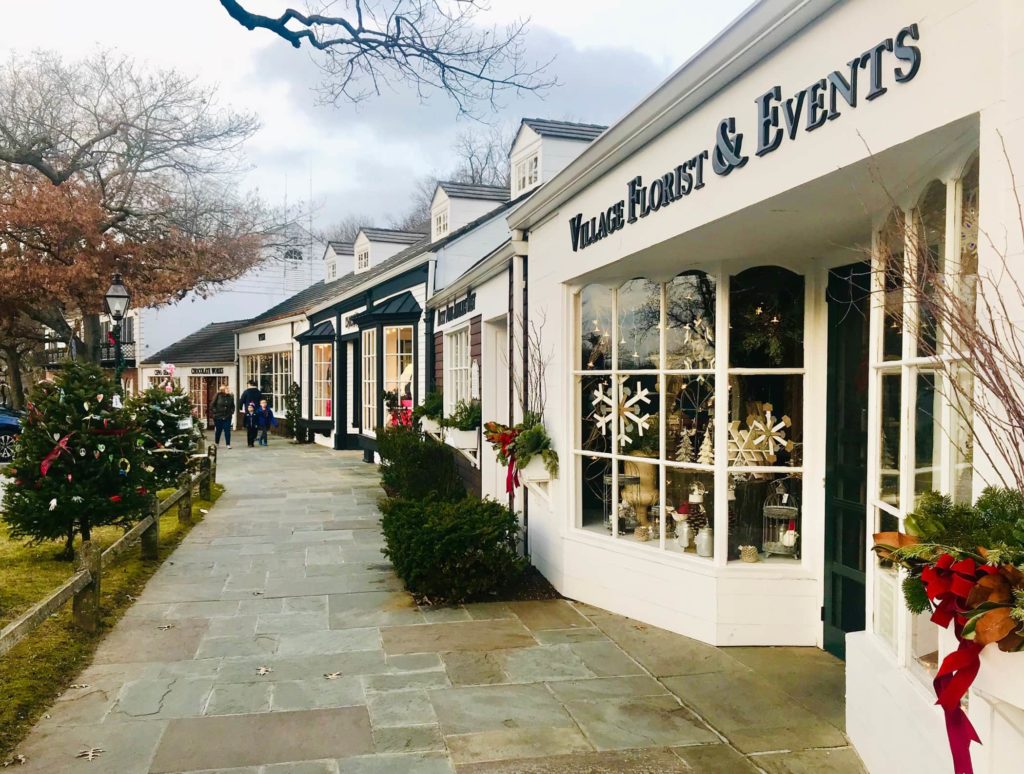 Stony Brook, as well as the broader area known as the Three Villages — Stony Brook, Setauket and Old Field — is a Long Island region deeply entrenched in local history with a commitment to preservation, boasting a rich array of cultural attractions, parks and event spaces, in a picturesque setting that retains much of its old-world colonial charm. Whether your idea of a rewarding travel excursion entails perusing museum exhibits, enjoying the outdoors or experiencing a great meal, Stony Brook consistently delivers on all fronts, while seemingly whisking you away from the LI hustle and bustle.

First settled in the late 17th century, Stony Brook and the Three Villages have a long history associated with LI agriculture and oceangoing life, later playing a notable role in the American Revolution, with spies from George Washington’s Culper Ring based in the area. Centuries later, local business magnate Ward Melville began transforming the Stony Brook hamlet into his idea of an idyllic New England community, starting in 1939 with the creation of his Stony Brook Community Fund, which established the white clapboard buildings and quaint shops that still give downtown much of its charm today.

“Stony Brook is one of the loveliest and most historic communities in Brookhaven Town,” Town of Brookhaven Supervisor Ed Romaine said. “Fronting on Long Island Sound, it is home to the first shopping center on Long Island built by Ward Melville in the colonial style that defines the community. It is also home to the State University and its 25,000-plus students. It has numerous museums, shops and restaurants.”

For a fantastic trip into the Island’s past, paired with vibrant and dynamic modern-day offerings, here are some must-do Stony Brook area suggestions:

PAST APPRECIATION
Start your journey into Stony Brook’s rich cultural and historical offerings with a trip to The Long Island Museum (1200 Route 25A, 631-751-0066, longislandmuseum.org), home of a vast collection of American art, historical relics and LI wildfowl decoy hunting memorabilia, plus an unmatched trove of antique carriages in its 40,000-square-foot Carriage Museum. Just walking around the museum’s sprawling 9-acre campus—beginning with the Visitors Center/History Museum located on the former site of the 19th century Bayles Lumber Mill—will transport you back in time. There are three modern exhibition halls and five historic buildings to explore, including a one-room schoolhouse and a blacksmith shop.
For more Stony Brook area history, continue on to the Three Village Historical Society (93 N. Country Rd., Setauket, 631-751-3730, threevillagehistoricalsociety.org), which presents a range of public exhibits at the society’s headquarters, including displays pertaining to the American Revolution and the Three Villages’ special role in Washington’s Culper Ring. Don’t miss the current exhibition on nearby Chicken Hill, a 19th century community of Native Americans, African Americans and European immigrants who worked in the piano and rubber factories on the hill. From the headquarters you can also depart on some of the numerous popular historical walking tours run by the society.
Ward Melville’s impact on Stony Brook’s cultural landscape can also be appreciated at the WMHO Educational and Cultural Center (97 Main St., Suite P, 631-689-5888, wmho.org/education-cultural-center), an 8,800-square-foot multiuser facility run by the Ward Melville Heritage Organization that offers a wide variety of events, exhibits and workshops throughout the year. Annual summer exhibits include “Celebrating Coney Island, America’s First Amusement Park,” “Celebrating P. T. Barnum…the Man,” and “Motorcycles & the Open Road,” with memorabilia, artwork, sculptures, displays and guest speakers. The center also offers its LEGO Building Block Contest & Exhibit, and hosts the longest-running luncheon musical theatre series on LI; it is currently presenting its Holiday Tribute to Diana Ross living history production through January 10.
From there continue your Stony Brook cultural expedition to the Reboli Center for Art and History (64 Main St., 631-751-7707, rebolicenter.org), housed in the historic 1911 Bank of Suffolk County building. The center is dedicated to preserving and promoting the legacy of Stony Brook-based artist Joseph Reboli, best known for his oil paintings of local landscapes and subjects from the Three Village area and LI’s East End, and contains a massive collection of Reboli’s work. The Reboli Center also presents works by other contemporary artists and craftsmen, as well as LI historical exhibits, and promotes the study of classical painting and drawing through workshops and special events.
Music history and appreciation are alive and well in Stony Brook, too, especially for jazz hounds, who will find nirvana at The Jazz Loft (275 Christian Ave., 631-751-1895, thejazzloft.org), which now occupies Ward Melville’s former Suffolk Museum building. Opened in 2016, The Jazz Loft features 6,000 square feet of original jazz memorabilia displays spanning 100 years, a 1940s period second-floor performance space, and a deep list of education programs. A wide range of local, national and international artists perform at the Loft, which also hosts regular Swing Dance Long Island events. It’s one of only two jazz venues on LI.
NATURAL SPLENDOR
The vintage New England village charm of Stony Brook is further enhanced by the breathtaking natural beauty of the area, from its beaches and harbor-front vistas to the shady groves and rolling green meadows of its parks and open spaces. The first essential stop as you take in all this stunning scenery is Avalon Park & Preserve (200 Harbor Rd., 631-689-0619, avalonparkandpreserve.org), encompassing 140 acres of protected land that has been manicured to re-create the natural environment that greeted the area’s first indigenous peoples. The 8-acre park proper is accessible by a series of trails and hiking paths, and also contains a labyrinth and observatories used for astronomy programs.
Stony Brook is also home to one of Long Island’s most flawless, yet relatively unknown, stretches of beachfront: West Meadow Beach, which can be enjoyed from Joel L. Lefkowitz Park (Trustees Rd., 631-751-3193). From here you can walk a pristine length of beach that was once dotted with numerous private bungalows that have all been torn down in recent times, returning the land back to nature. It’s also a legendary spot for striped bass, bluefish and snapper fishing and an ideal location for snapping some gorgeous pics of the unforgettable scenery.

There are enduring traces of the area’s agricultural traditions, too. Just outside Stony Brook Village is Benner’s Farm (56 Gnarled Hollow Rd., East Setauket, 631-689-8172, bennersfarm.com), a private 15-acre family homestead first farmed in the 1700s, which operates much in the same way as it did under the watch of prior generations. The farm delights visitors with numerous seasonal activities like pumpkin and strawberry picking, maple sugaring and haunted hayrides, as well as educational workshops and courses throughout the year. Benner’s Farm also boasts the largest swing on LI, hung from what is reputedly the largest and oldest white oak in the Three Villages.

SHOPPING BACK IN TIME

As you wrap up your time visiting Stony Brook, remember that no visit to a destination is complete without some special souvenirs, and in the Stony Brook area the St. James General Store (516 Moriches Rd., St. James, 631-854-3740, facebook.com/St.JamesGeneralStore), built in 1857 and listed on the National Register of Historic Places, is the undisputed spot to find all those delightful bring-back goodies. In keeping with its history, the store preserves the experience of shopping in an 1800s general store, upgraded to offer modern patrons an expertly curated selection of fine gifts, books, toys, food and confections. Don’t leave the store—or Stony Brook—without stopping at its ever-popular penny candy counter, where you can stock up on old-timey treats for the trip home.

Where To Dine
Ssambap Korean BBQ