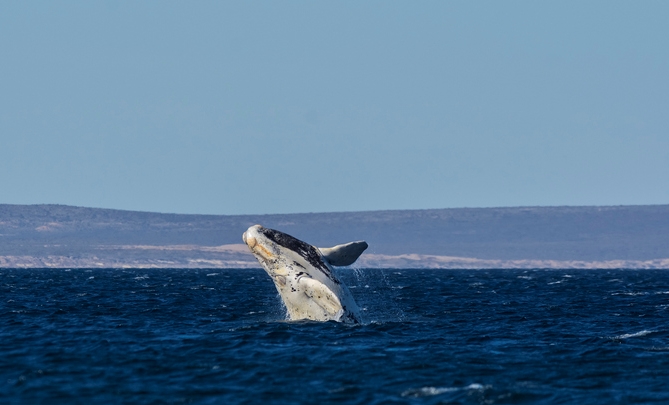 Whale watching is on the rise in Brooklyn, Manhattan, and Long Island as the water has become cleaner. Thinking of going? Humpback whale sightings are exciting, but you may be lucky enough to spot the even rarer North Atlantic Right Whale!

Whales don’t generally come to mind when people think about the New York tristate area, yet last year, Long Island had some of the best seasonal whale watching in the Mid-Atlantic. As a native Long Islander, I only recently discovered local whale watching, which had a resurgence in 2011, 41 years after a massive toxic environmental cleanup.

This boom surprised me, and I was not the only one. Abby van Hemmen, Whale Watch Program Manager with New Jersey-based Seastreak, Manhattan’s first whale watching company, noted the abundance and diversity of marine life, and said, “A few years ago whale watching trips in this area wouldn’t have been possible.”

Despite the increase in marine species due to cleaner waters, the North Atlantic Right Whale (NARW) (Eubalena glacialis) is still critically endangered. The New York Bight region is only one stop on its yearly migration from birthing grounds in the Southern U.S. to Canada. This lengthy journey is especially difficult for vulnerable populations of pregnant females traveling south as well as for calves with mothers traveling north.

The Right Whale to hunt

Before the International Agreement for the Regulation of Whaling was published in 1937, the NARW was called the “right” whale to hunt because it moved slowly and would float after being killed. Overhunting reduced the population to fewer than 400 individuals worldwide. Continued threats have come from human activities along the coast, including busy shipping lanes, noise pollution, and fishing gear entanglement. Although they can live upwards of 70 years, many NARW do not survive the yearly migration.

Although the situation is dire, this past December, eight NARW mother-calf pairs were discovered in the Florida area, giving whale enthusiasts and researchers hope. There is also evidence that the decrease in international shipping during the Covid-19 pandemic improved habitat conditions for whales in the New York Bight. Additionally, development of ropeless fishing techniques is promising for preventing NARW deaths from gear entanglements.

How can I help right whales?

Although this issue is currently being addressed worldwide, here are few practical ways that locals from the New York Tri-state area can help:

3) Share what you learn with others, and track whale locations using the Whale Alert app.

4) Join the International Fund for Animal Welfare (IFAW) to ask your senator to cosponsor legislation to save the NARW. With a little bit of local help, we can preserve the NARW for generations.