“You long to ‘leap at a single bound into celebrity.’ Nothing is so common-place as to wish to be remarkable. Fame usually comes to those who are thinking about something else, – very rarely to those who say to themselves, ‘Go to, now, let us be a celebrated individual!’ The struggle for fame, as such, commonly ends in notoriety; – that ladder is easy to climb, but it leads to the pillory which is crowded with fools who could not hold their tongues and rogues who could not hide their tricks.”  ~Oliver Wendell Holmes

Despite what happened in Iowa, Donald Trump may yet have his way and become the 45th President of the United States. If he does, his head is very likely to explode. The run up to the nomination is a narcissist’s dream. Imagine if he actually makes it all the way. The pressure on his psyche is sure to be uncontainable. At the Inauguration we may watch a blood-soaked Supreme Court Justice and five to 10 of Trump’s concubines—there to celebrate their emperor’s coronation–screaming in horror, as they witness the incipient leader of the free world self-detonating before their eyes.

Now, let’s imagine that Trump does not win the election. He is a loser. In fact, he is the biggest loser. How can he possibly go on, his megalomania fatally damaged? What does he do? Go home and get under the covers? Build another Trump tower? Fire more employees. Offer a billion dollars to Kim Jong-un to step down so he can assume the presidency of North Korea? After all, president of some country is better than president of no country.

Or, is there another possibility for fame? A post that may be more suited to his gifts. One that ensures that millions of his followers–still sick and tired of politically correct politicians—will stay the course and follow their leader.

Rumor has it that Trump, should he lose the election, will try for the Presidency of The Liar’s Club.

Herewith a quote from one of the members of the club found on “The Liar’s Club, A Blog by People Who Lie for a Living”:

“Lying is essential to good story-telling. Daily, we writers . . . write down a bunch of untruths, piling one on top of another, page after page. We compound them, massage them, edit them, spin them, until we’re satisfied that, despite how outlandish or other-worldly these lies are, you the reader will swallow them.”

Can there be a more appropriate leadership opportunity for the Donald?

Getting ahead of the curve, sources report, he is already considering his Board of Directors.  Names on the short list are Charles Ponzi (posthumously), Richard Nixon (posthumously) and Bernie Madoff (ex officio).

Circulating Trump’s bona fides for the new position will be an easy task for his team. His credentials for residency in the liar’s club executive suite will be drawn almost exclusively from his national presidential bid. Most would agree that Trump, during his rallies, the debates, the interviews with journalists, has taken prevarication to a whole new level, one that followers and detractors alike find breathtaking. The Trump brand, if you will.

Gross exaggerations, sociopathic insults based on stereotypes, torrents of slurs and half-truths, outlandish (and transparent) contradictions, impulsively spewed epithets, calculated misstatements designed to reinforce his position, grandiose declarations about international issues that are stunningly incorrect, accusations based on hearsay, ad hominem attacks on rivals to divert attention from his inability to answer a question. And behavior, throughout these public displays, befitting a troubled adolescent: tantrums, bathroom jokes, rants, threats. 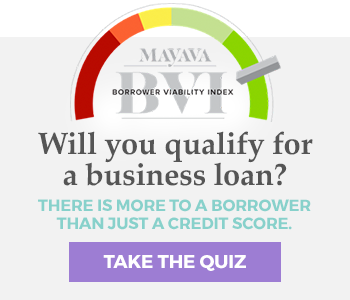 Can anyone ask for a more consistent track record?

Eat your heart out, Bernie Sanders. While you’ve espoused the same values and principles for a few decades, the Donald has been lying his entire life.

When questioned about his image, Trump supposedly replied: “Do I lie? Of course I do. I didn’t get to where I am today by telling the truth. But I love integrity!”

Most impressive of all may be Trump’s delusional self-perception. A stretch, perhaps, for the Liar’s Club requirements, but let’s not forget that a delusional person is more likely to have little or no remorse when lying. And we know the Donald does not apologize even when caught red-handed.

Who better to lead an organization of spin doctors than a man who comments that Mexican immigrants are rapists and criminals, and in the next breath says that he will win the Latino vote because the Latino voters love him? That’s lying bordering on the psychotic! He’s a shoo-in for the job.

But who to select as his running mate? Those in Trump’s inner circle report that he is considering Joaquin Guzman Loera, aka El Chapo, the Mexican drug lord. Smart. Thinking outside the box. Who better than a billionaire drug smuggler to appeal to the Latino constituency? And, what’s more, El Chapo shows signs of being as delusional and grandiose as Trump. The New York Times reports that he has said that drugs destroy, but he has found no other way to make a living. When asked about the trail of blood he leaves behind in his drug business, El Chapo replies that all he does is defend himself. “But do I start trouble? Never.”

And, most Trump-like of all, he had plans to make a movie about his life.

A liar with international creds and box office potential.

Told that El Chapo had been recaptured by the Mexican police, Trump laughed. “I’m rich,” he chortled. “Think those lowlifes won’t give me what I want? Think again. I’m a business man. I make deals. I want this guy. He’s tough. He’s a winner. I like winners.”

Trump, fully aware of the birther issue, insists that he has uncovered documents that certify that El Chapo is actually an American citizen. Case closed.

“The truth is overrated.”

And the Donald, poised to address them, dons his baseball cap, emblazoned with his new message: White Lies Matter

It goes without saying that we’re sick and tired of being lied to.

But we love this guy.

“A lie gets halfway around the world before the truth has a chance to get its pants on.” ~Winston Churchill