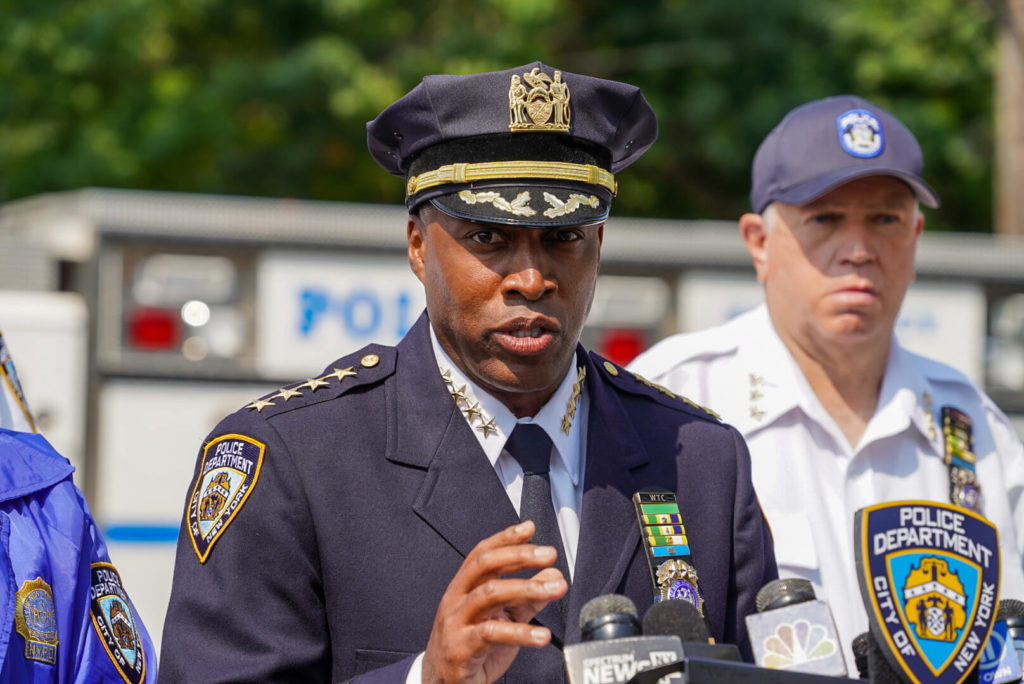 The Suffolk County Legislature’s Public Safety Committee voted unanimously to approve Harrison’s confirmation as the department’s top cop, advancing his nomination to the next full meeting of the legislature on Tuesday. During his introductory hearing, lawmakers peppered Harrison with questions about how he’ll tackle police reforms, reverse an uptick in shootings, and restore public trust in the wake of recent corruption scandals, among other issues.

“I have always worked my tail off and if you give me the opportunity, I can guarantee you those same efforts here,” Harrison told the committee, emphasizing that his top four priorities are the reforms, transparency, accountability, and accessibility. In his 30-year NYPD career, he became the only member of the nation’s largest police department’s to rise from cadet to the top of the chain of command.

Harrison would replace Stuart Cameron, the acting commissioner who has been running the department since Geraldine Hart, a former FBI agent, stepped down in April. Cameron, who had been chief of the department, plans to retire on Jan. 3 after 37 years on the job. Suffolk County Executive Steve Bellone nominated Harrison, a married father of three from Baldwin who grew up in Queens, following a nationwide search.

Asked how he’ll reverse the trend of shootings reportedly being up 23% this year over 2020 as of September, Harrison said he will send additional police resources to the precincts in which most shootings occur, deploy anti-crime units, determine if there’s a motive that’s a common denominator such as gangs or drugs, and partner with federal agencies to keep illegal guns out of the county.

As for his role in enacting the county’s police reform plan that lawmakers passed earlier this year in the wake of nationwide protests against police brutality, Harrison said he’s reviewed the reforms and especially supports officers wearing body cameras, which all public-facing officers in the department will be required to wear starting next year.

“I’m a big fan of body-worn cameras,” he said. “I know not every officer may be. But we have to implement them.”

The most vocal on the subject was Suffolk Legislator Robert Trotta (R-Fort Salonga), a former Suffolk detective who was transferred out of the FBI’s Long Island Gang Task Force when Burke cut ties with federal agencies during the disgraced ex-chief’s reign.

“This place is a mess,” said Trotta, also citing widespread reports that the Suffolk County Police Benevolent Association, the union that represents rank-and-file officers, has been allegedly violating campaign finance laws without consequence for years. “My question to you is, what are you gonna do to clean it up?”

Harrison, noting that the internal affairs unit will report directly to him to avoid interference, replied: “I’m going to do what needs to be done to make this a clean department.”

Republican legislators said the GOP minority leader, who will have the majority in the New Year, expressed support for the Democratic county executive’s nominee for the commissioner’s post, indicating that Harrison will likely sail to confirmation next week.