Why does Long Island rock? We’ll tell ya.

Where else did you think we’d start with this list? Wherever you live on Long Island, you’re at most 30 minutes from a beach. Whether it’s located off a state park or it’s one of the Island’s many local getaways, this place is beach heaven from the Sound to the Atlantic Ocean. Hop on a train and you’ll likely be in the best city in the world in an hour’s time. Of course, those who live out east will have a longer trek but that’s okay. People travel long distances to visit our dear metropolis, so we can deal with sitting in a train for a little while. Besides, if you’re not slouched on the train, how else will you enjoy the spectacle of our own drunk hooligans flirting, screaming, nodding off and hugging the LIRR toilet like their life depends upon it? 3. Islands off the Island

Long Beach, that’s a barrier Island. Fire Island, yep another Island. Plum Island? Well, you technically can’t go there…but you get the point. We can hop from one island to the next via ferry or car to bask in the joy of life by the waterfront. Seriously, it doesn’t get any better than that.

Admittedly, we nearly dubbed No. 4 on this oh-so-important listicle “Diners.” But then we thought about how the Island has become a culinary playground and we realized it’s probably unfair to pigeonhole the region as simply the place for cheese fries and greasy omelettes. Instead, let’s highlight what we do best: Pizza? Check. Italian? Check. Spanish? Check. Cuban? Check. Japanese? Check. Chinese? Check. Greek? CHECK! CHECK! CHECK! Afghan? Check. We’d continue but we just dunked our faces in a plate of tzatziki-slathered chicken souvlaki with a side of kebabs, chicken parm, thin-crust pizza, wings, a lobster roll and some pad thai. [Read: “It’s Greek To Me: Syosset’s Mediterranean Masterpiece“]

RELATED: A BEGINNER’S GUIDE TO SUMMER ON FIRE ISLAND

This goes without saying. More than five years ago, the craft beer revolution invaded Long Island and ever since the number of microbreweries in Nassau and Suffolk counties has tripled. Blue Point Brewing Company in Patchogue may be the most famous but there are many smaller breweries producing mouth-watering ales, lagers, stouts, IPAs and more. You can’t go wrong with Long Island craft beer. 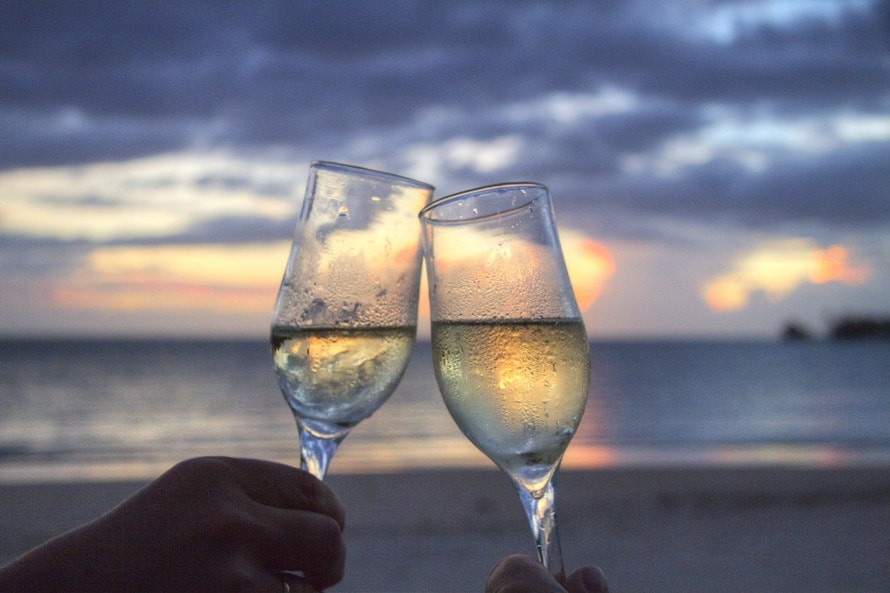 Since we’re on the subject of food and drinks, let’s talk Long Island wine. Like beer, the wine industry has taken root on LI and thrived. The East End is now flooded with real and imagined wine connoisseurs who want to indulge in the incredible reds and whites produced to perfection by our local vineyards.

There’s nothing quite like living in a place with a vibrant downtown dotted with restaurants, mom-and-pop shops, craft beer bars and a decades-old movie theater yet to be taken over by corporate overlords. From Babylon, Huntington and Greenport to Port Washington and Bay Shore, LI’s downtowns are the reason we never want to leave. Face it, vacations are a lot of money. So why spend an exorbitant amount of cash traveling to a far-away land when you can pack the car and spend a weekend, or longer, along the waterfront or at a bed and breakfast in an idyllic East End town? Go to Greenport, let’s say, and you get to enjoy some damn good seafood, knock back a few brews at Greenport Brewing Co., head to nearby Jamesport for some vineyard action or take the ferry to Shelter Island and visit the historic Sylvester Manor. Don’t overlook the treasures we have right here at home. Some western Nassau County residents are often shocked to discover that there are indeed farms on Long Island. Seriously, they can’t believe it. Head out any time of the year and pick up some fresh veggies and pies from eastern Long Island farm stands. Or visit Suffolk’s farm havens during the fall for some of the best autumn festivals around. Speaking of fall…

If it weren’t for apple picking, we don’t know how we’d get over our end of summer doldrums. There’s something about returning home with a bucket full of fresh apples that makes the transition to cooler weather easier to endure. But make sure you don’t wait too late because these apples disappear fast.

We tried hard not to single out any specific businesses but we would be derelict and morally irresponsible if we didn’t mention Ralph’s. There’s not one Long Islander who hasn’t enjoyed this Italian ice shop’s tantalizing menu of frozen treats. Indeed, you can go a whole summer without trying all its flavors. Now that we mention it, there’s one right across the street…

From the Northwell Health Theater at Jones Beach to The Paramount in Huntington and a handful of other great entertainment spaces, Long Island plays host to a number of intimate music venues. Each one has its own charm and welcomes hundreds of acts every year. The recently renovated NYCB Live Nassau Veterans Memorial Coliseum is tough to beat!

The knock on us Long Islanders is that we are not much for walking. Instead of using our feet to go to the supermarket a half-mile away, we insist on getting into our four-wheel gas guzzlers. Fair enough. But that’s only because we like to save our energy for taking long hikes at one of our many preserves or state parks. There’s nothing quite like a stroll through the Massapequa Preserve or Caumsett State Park on a pleasant summer day.

Garage sales—or yard sales—are so ubiquitous on Long Island that there’s actually a website dedicated to tracking them. No matter where you live on LI, you’ll no doubt find a garage sale near you. And who knows what kind of treasures you’ll come across? It’s a veritable consumer paradise!