By Reuters
comments
Posted on November 19, 2021 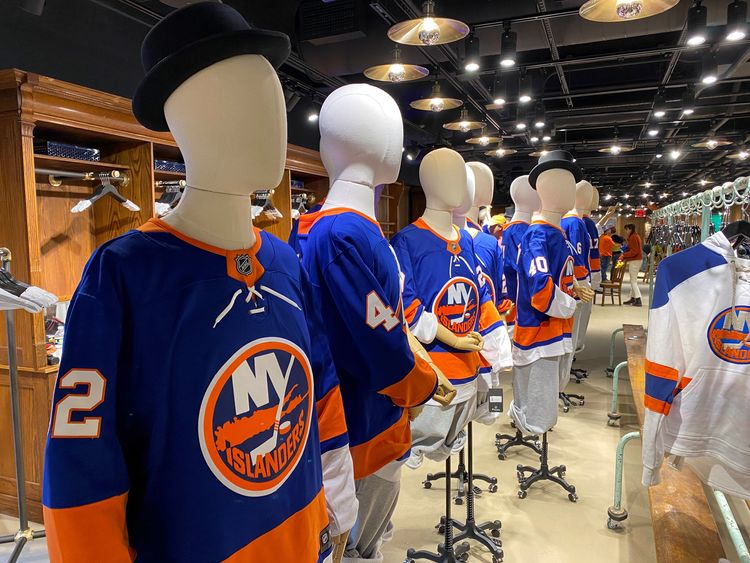 A brand new home on Long Island awaits the New York Islanders on Saturday, as they end a grueling 13-game road trip and a decade-long journey for a permanent place to hang their skates.

Seeking a new home away from the aging Nassau Coliseum, where the team played since its 1972 inception, former owner Charles Wang tried and failed to get plans for a new Long Island facility off the ground in 2011. He ultimately signed a 25-year lease, beginning in 2015, at Brooklyn’s new Barclays Center.

The move was unpopular with the Long Island faithful, dismayed to see their only major pro men’s franchise move off the island and into a facility originally designed for basketball.

“Brooklyn really had no chance and it scared a lot of people,” said Devin Robinson, 29, a lifelong Islanders fan who in 2017 launched Long Island hockey apparel brand Yes Men Outfitters.

“It was like, ‘This place isn’t gonna work and if we don’t make it work, whoever buys this team might move it somewhere’.”

Instead, new owners Scott Malkin and Jon Ledecky – uncle to Olympic gold medal-winning swimmer Katie Ledecky – assumed majority ownership in 2016 and by the 2018-2019 season, the team was splitting its time between Brooklyn and its old home, the Coliseum.

Their state of limbo will come to an end on Saturday, with the first Islanders game inside UBS Arena, part of a 43-acre complex built adjacent to the existing Belmont Park racetrack, where 17,250 hockey fans will be greeted with a large banner reading “WELCOME HOME!”

Dozens of construction workers this week bustled through the complex, readying food stands featuring local eats and a sprawling team store steeped in New York nostalgia for Saturday’s debut, which will see the Islanders take on the Calgary Flames.

“I wouldn’t change a thing now but years ago it was terrifying,” said Donald Rosner, 40, another lifelong fan who recalled rumors that the team might move to Kansas or Quebec.

His Blue Line Deli will see its famous blue and orange bagels and specialty sandwiches featured among the offerings at UBS Arena.

“Walking up that escalator (at UBS) and everything, it seems like a dream to me,” said Rosner.

The team’s recent play, however, has seemed more like a nightmare than a dream, with four straight losses culminating in a demoralizing 6-1 defeat to the Florida Panthers on Tuesday.

“We’ve got a group here that believes in each other,” said centre Casey Cizikas, who along with his team mates is expected to skate at UBS Arena for the first time on Thursday.

“We know what we’re capable of and it’s a matter of getting back to that and finding our groove and it’s not going to come easy.”